“He proceeded up into the screening area where Transportation Security Administration (TSA) screeners are and continued shooting and went past the screeners back into the airport itself.


“Officers from Los Angeles Airport Police responded immediately to the calls. They tracked the individual through the airport and engaged him in gunfire in Terminal 3 and were able to successfully take him into custody.”

According to initial reports, at least seven people were wounded, six of whom were taken to area hospitals. One TSA agent was killed.

Three male victims were taken to UCLA Medical Center. Dr. Lynne McCullough briefed reporters about the condition of those victims. Dr. McCullough said two of the three victims had received multiple gunshots. It was unclear what caused the injuries of the third victim.  The injuries were described as severe, although not life-threatening.  One of the three was listed in critical situation.

Many flights were either delayed or cancelled.  Passengers in Terminal 3 were evacuated. In addition, road closures in the area contributed to enormous traffic congestion.  Streams of people were shown leaving the airport with their luggage, on foot. 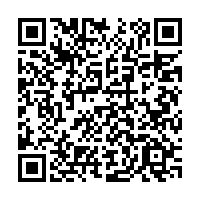