The Israel-based SodaStream is returning to the Super Bowl this with a sure-fire successful commercial starring Scarlett Johansson, billed as the world’s sexiest woman.

SodaStream won more publicity that it figured at last year’s Super Bowl when CBS rejected its scheduled commercial because it showed the environmental advantages of its product for making soda at home while crossing CBS’ red line by making fun of market monsters Coca Cola and Pepsi Cola.


A tamer commercial was broadcast during the Super Bowl, but SodaStream gained no less publicity from CBS’ surrender to the beverage giants.

The commercial and publicity helped out SodaStream all over the map, but this year’s plan is a blockbuster.

Johansson will show off herself and SodaStream in the fourth quarter of the Feb. 2 Super Bowl on Fox TV. Instead of putting down Coca Cola and Pepsi Cola, this year’s commercial is supposed  “to demonstrate how easy it is, how sexy it is, to make your own soda,” Daniel Birnbaum, chief executive at SodaStream International, told The New York Times.

“It’s more of a love story between a brand with a purpose and a passionate user,” he said, explaining that Johansson has been using SodaStream at home for several years.

SodaStream also is known for something else besides its product – it operates a manufacturing plant near Maaleh Adumim, which the Boycott Israel movement considers the dreaded Occupied West Bank.

It has placed SodaStream on its black list, for whatever that is worth. And now that Johansson, who by the way is Jewish even if from a “Multi-cultural family” that celebrated Christmas and Hanukkah, is sipping SodaStream in front of millions of people, let’s see if the boycotters will be intellectually honest.

Will they demand that people not see Johansson’s “Her” movie? Will the ASA folks stop going to see her movies?

Unknowingly, she might be one of Israel’s best ambassadors for a Jewish presence in Judea, where SodaStream employees both Palestinian Authority and Israel workers with equal rights and conditions.

Maybe Johansson will even visit Israel and the Judean Desert factory one day.

That would really be sexy. 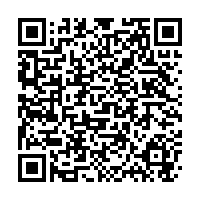