An IDF soldier was stabbed in the neck during a riot in the Arab village of Aboud near the Israeli village of Halamish, a.k.a. Neveh Tzuf. The terrorist was shot dead. The soldier, in serious condition, was rushed to Sheba Medical Center and, according to reports, lost consciousness in the ambulance.

According to Arab sources, the terrorist was Abdel-Rahman Barghouti, 28. Local Arab rioters managed to grab the dead terrorist’s body and IDF forces are giving chase. 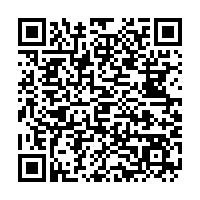