As snow began to fall in the Jerusalem area Wednesday afternoon, an IDF soldier placed one last call. He explained that there were over 2,000 soldiers stationed near the northern border, in response to the civil war raging in Syria. The soldiers were freezing, living in makeshift quarters and in desperate need of gloves and thermal underwear as soon as possible. He explained that he had approached other organizations who support the IDF and they flatly turned him down, each one explaining that their budgets were being used for “other things.” He was desperate and didn’t know where else to turn.

David Landau, the Director of Standing Together, listened to the soldier explain the situation. Only hours ago he was sitting in his warm home, watching the news of the impending storm while his Facebook page filled up with photos and weather-related anecdotes. But now he realized there was work to be done.


Since making aliyah over thirty years ago, Mr. Landau has spent countless nights delivering packages as gestures of gratitude to the young soldiers on duty in order to make their service more pleasant. In 2003, he founded Standing Together to expand this mission and to enable others to express appreciation to these heroes throughout Israel.

Standing Together typically delivers late-night snacks to soldiers stationed at checkpoints and bases throughout Israel. With two mobile canteens – dairy and meat of course, which Mr. Landau calls “hospitality trailers” – that are laden with equipment and food, he brings volunteers, tour groups, and visiting families to the soldiers so they can help distribute these tokens of appreciation.

In times of crisis though, the mission of the organization changes. During the Lebanon War in 2006, Mr. Landau’s frequent trips North provided soldiers with socks, which had become a scarcity. During Operation Cast Lead in 2009, the trailer’s electrical recharging station gave soldiers a chance to speak with loved ones back home. Most recently in Operation Pillar of Defense, it was the Standing Together trailers that sometimes brought soldiers their first meal in a day.

“It isn’t that the IDF is unprepared or disorganized, chas v’shalom [“Heaven forbid” -Ed.]” Mr. Landau explained. “The IDF faces very real threats from our enemies who surround us, and that’s where the money goes.” So while thermal underwear might seem like a trivial expense in a budget that measures in the billions, given the choice between that or ammunition, the IDF has to choose the latter.

Mr. Landau takes pride in the fact that Standing Together is so agile, delivering pizza one night and personal essentials the next day. “Larger organizations can reach more soldiers at once, but it takes time for them to get moving. We can reach the soldiers much more quickly. And we do it much more personally,” he added, grinning. When asked about the administrative overhead for the organization, he explained that because they were funded by charitable donations, 100% of the funds donated for specific causes – such as the cold weather clothing campaign – go towards that campaign. He draws no salary from the organization.

Mr Landau assured the major that he would be able to get warm winter clothing to his soldiers and hung up the phone. Within hours, Standing Together’s online campaign to purchase military-approved special gloves (thermal fleece with trigger-finger slits, pictured above) and thermal underwear for these soldiers was underway. The speed and generosity of the response to the campaign was overwhelming, and the first order for gloves was placed.

To donate to Standing Together for the Golan Winter Clothing campaign, visit http://www.stogether.org/golanwinter 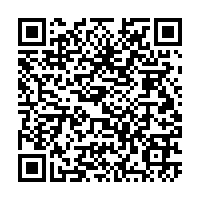