{Written by Howard Blas and originally posted to the JNS website}

For most parents, having a son play on a Major League Baseball team would be a dream come true. For Danny Valencia’s parents, it isn’t quite enough.

Though proud of his baseball career, which has included playing on eight Major League teams and Team Israel, they also want him to finish his college degree—and to join them for Rosh Hashanah dinner one year. The Valencias are almost batting three for three.

Danny Valencia is well known to baseball fans in the United States and in Israel. The 35-year-old—drafted in the 19th round by the Minnesota Twins in 2006—made his Major League debut with the Twins in 2010 and then played for them, the Boston Red Sox, Baltimore Orioles (twice!), Kansas City Royals, Toronto Blue Jays, Oakland Athletics and Seattle Mariners.

Valencia can now add member of Team Israel, Israeli citizen and Tokyo 2020 Olympian to his list of accomplishments.

But he cannot (at least, not yet) add college graduate to his credentials.

Valencia began his studies at the University of North Carolina at Greensboro, where he was Southern Conference Freshman of the Year and second-team all-conference. He transferred to the University of Miami, which was closer to his home and family in Boca Raton, Fla. He took a leave from college when he was drafted by the Twins in 2006.

“I promised my parents I would finish my degree—that was 14 years ago,” says the 35-year-old. 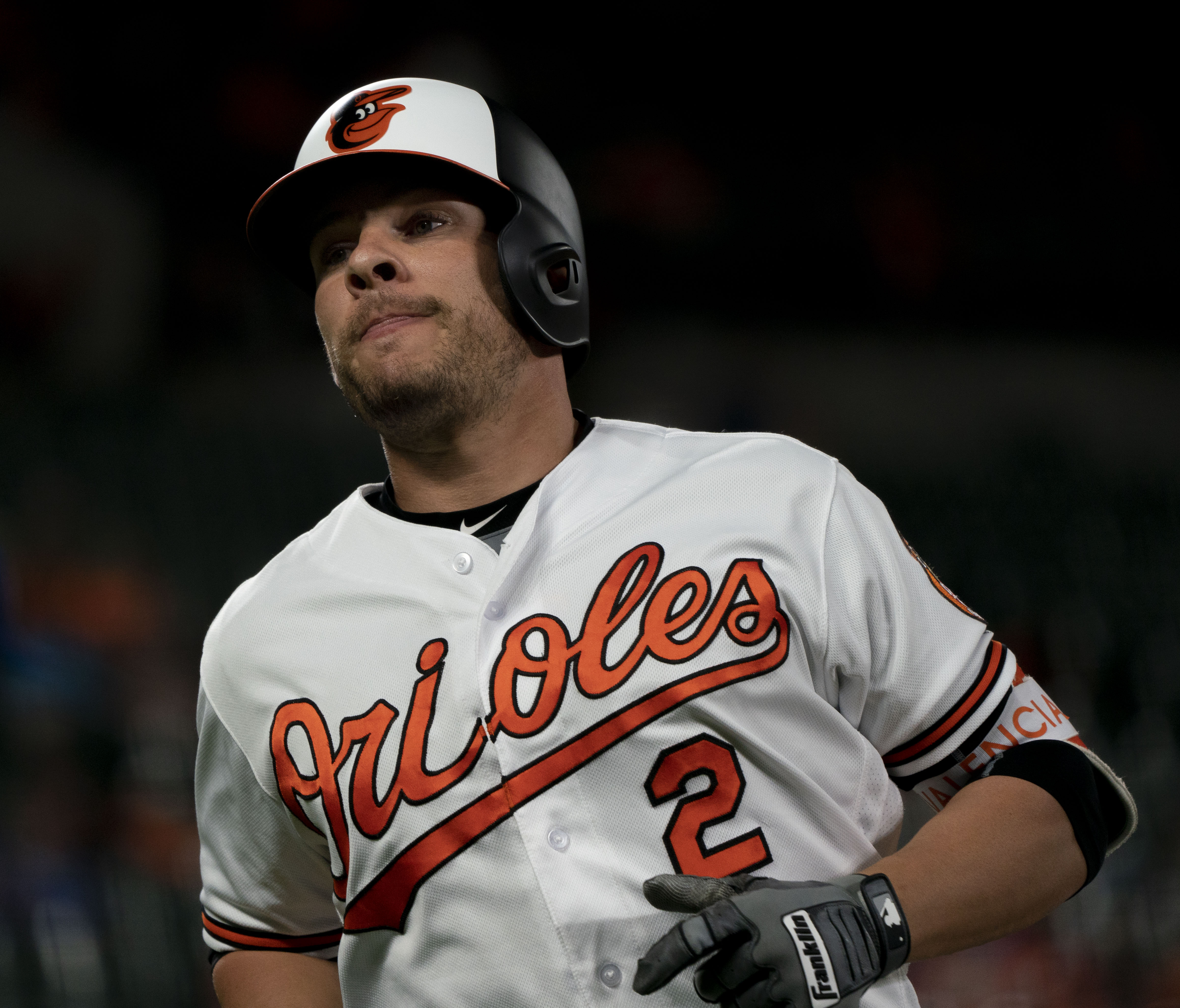 Valencia has been making good on his promise. He is taking four online courses this semester and has seven more courses to complete before earning a degree from the University of Miami.

While he has had a lot on his mind these past five weeks, including making aliyah and traveling with Team Israel to Germany and Italy, he managed to devote time to his online courses. “My family can’t believe it. I have his work ethic!” he jokes, adding that, as he has gotten older, he has gotten better at managing his time and schedule.

‘Playing for more than ourselves’

The move towards permanent Israeli residency has also taught Valencia to be better at managing bureaucracy.

“It was a long process and a lot of hoops to jump through, but it makes sense,” reports Valencia, who along teammates Ty Kelly, Nick Rickles and Ben Wanger became Israeli citizens under Israel’s Law of Return. “There was paperwork, interviews, FBI checks, marriage certificates, postiles, rabbi letters and more. It was a tedious process, but without that, there would be no passport, and we wouldn’t be Israeli citizens. I am happy I did it.”

In between trips to the Interior Ministry, Valencia and his fellow teammates toured their new homeland. They traveled to Jerusalem and to the Dead Sea; they went to Yad Vashem. Valencia makes it a point to say that he was struck by Israel in general, which was followed days later by a trip to Germany.

“It was my first trip to both,” he says. “Yad Vashem was really emotional for all of us. In Germany, we realized it [the Holocaust] all originated here.” Valencia felt the experience taught that “we are playing for more than ourselves.” 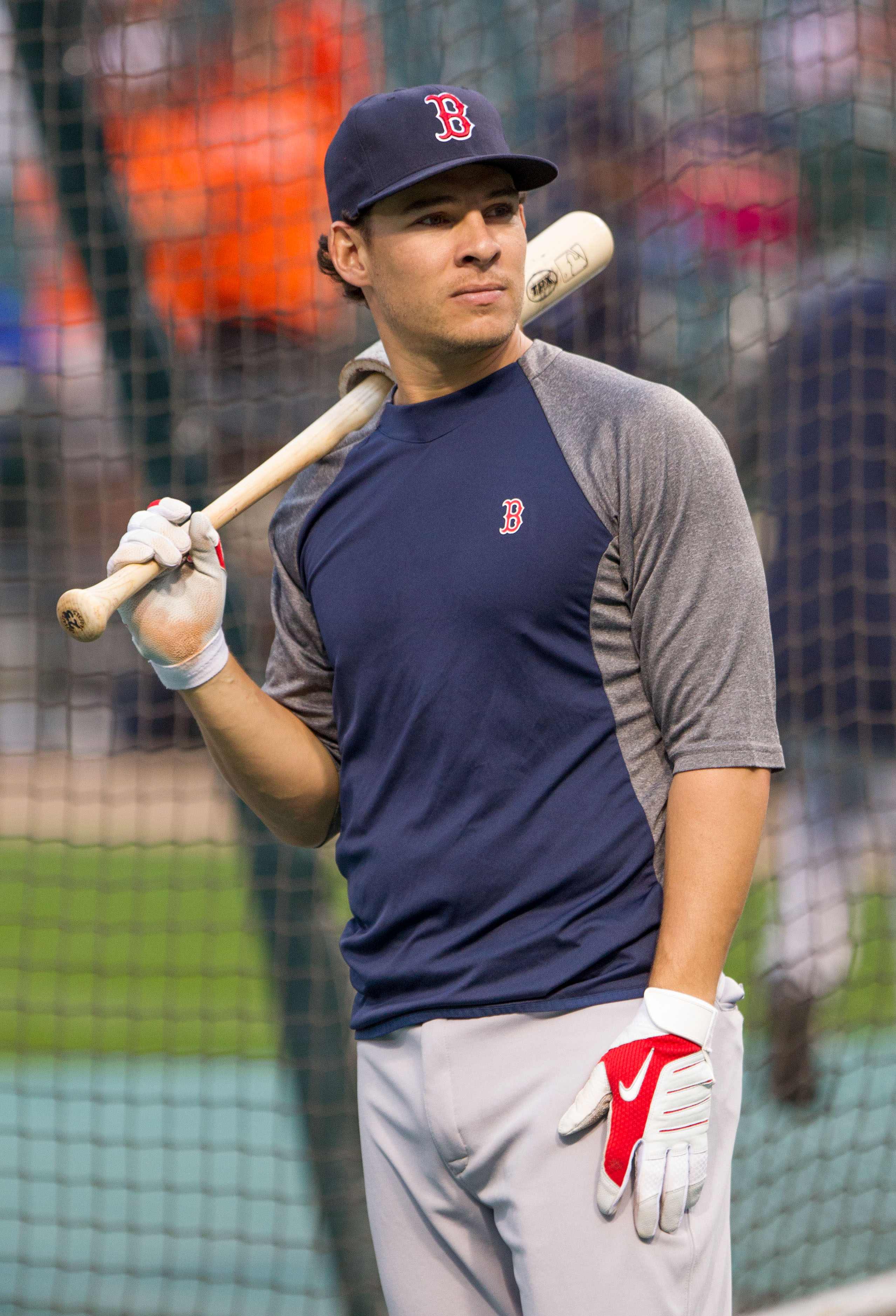 With the Boston Red Sox vs. the Baltimore Orioles, Sept. 28, 2012. Credit: Keith Allison via Wikimedia Commons.

He and his teammates feel that an important part of their mission is to “inspire Israeli kids and to inspire a generation of Jewish athletes. “There are not so many Jewish athletes,” he acknowledges. In Israel, they have led baseball clinics for young ballplayers and found time to work out, even getting “a guy to pitch batting practice.”

Their hard work paid off.

Team Israel stunned the world with their performance, finishing in the top five in the 2019 European Baseball Championship and earning the right to participate in the 2020 Olympics qualifiers. As the winner of that tournament, Israel qualified for the first of the six spots in teams to compete in the 2020 Summer Olympics in Tokyo. Valencia batted .375 in the Olympic qualifying tournament, leading the tournament in runs (7), home runs (3), RBIs (9), walks (5) and slugging percentage (1.000). He also hit a three-run homer in his final at-bat at the tournament in Parma, Italy. That wound up giving Israel a 10-run lead over South Africa.

In assessing his family’s reaction to his decision to become an Israeli citizen and play for Team Israel, Valencia reports: “My family was shocked, but they were supportive. They thought it was cool. They were blown away by my effort.”

‘Electricity in the air’

He had been following Team Israel for years, but his Major League responsibilities always precluded his participation on the team. When he realized that he would not be with a Major League team in the summer of 2019, playing for Team Israel became a possibility.

“I had been staying in good shape, and I reached out [to team president Peter Kurz] and said I would be interested in taking part,” he relates. “I joke that it was the best front-office decision he had ever made.”

Seriously, Valencia reports, “I loved it. It was a great group of guys, and I am grateful for the experience.”

And he enjoys the Jewish and Israel touches. “On Friday nights, we had Shabbat dinner with prayers, toasts and breaking bread with the boys.” He is also moved by the pre-game playing of “Hatikvah,” Israel’s national anthem. “We kept our hats on for our national anthem—to show that God is above. We took our hats off for the national anthems of the other countries.” 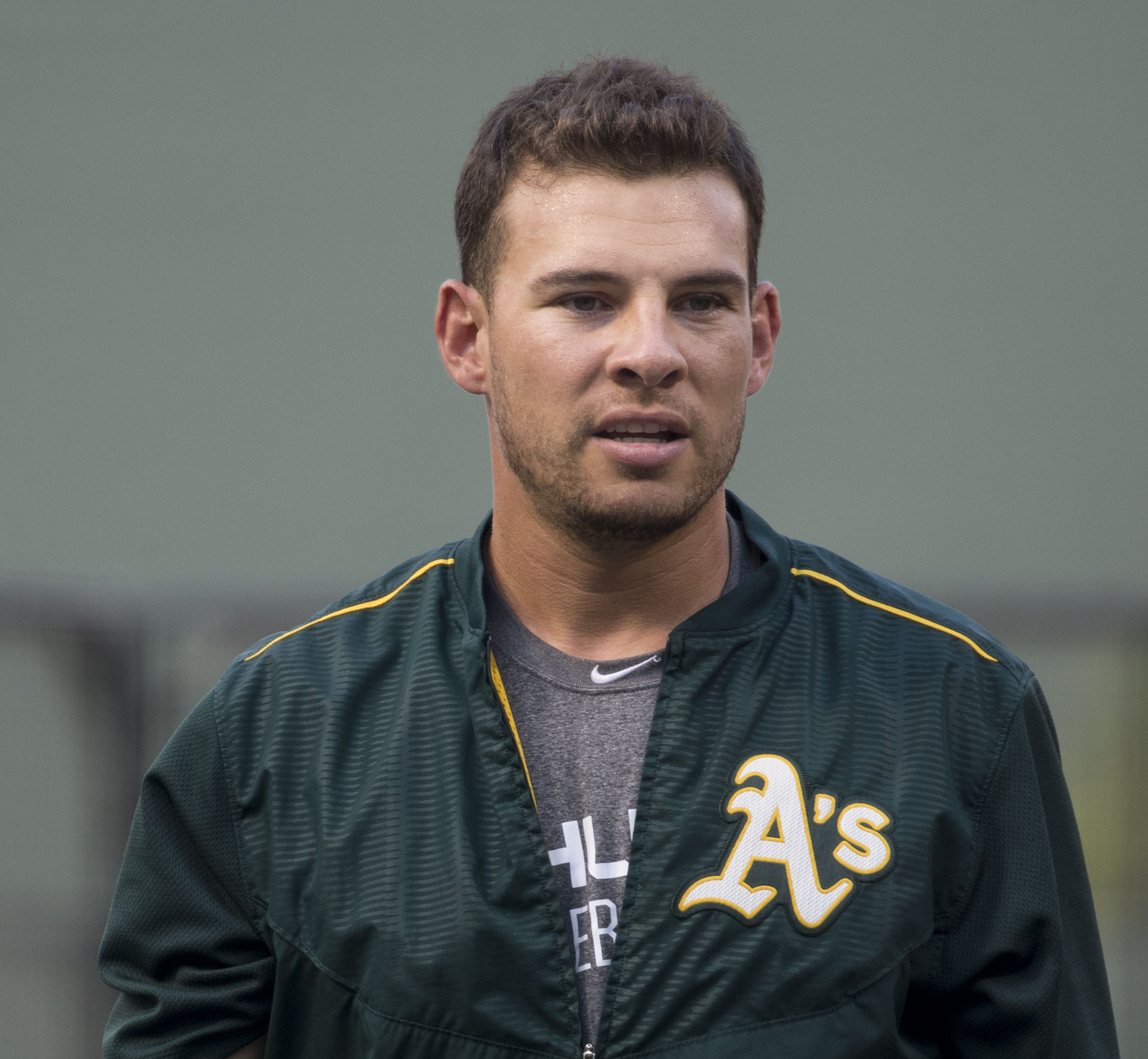 With the Oakland Athletics vs. the Baltimore Orioles, Aug. 17, 2015. Credit: Keith Allison via Wikimedia Commons.

Valencia is no stranger to Jewish holidays and traditions.

“I had a normal Jewish upbringing,” he says. “We went to synagogue on the High Holidays; my mother fasted on Yom Kippur. I was around Judaism.” Valencia was born to a Jewish mother and a Cuban father who converted to Judaism. He attended Hebrew school and celebrated his bar mitzvah, recalling being sick during the occasion, saying “I was sniffling the whole time.”

Nevertheless, he notes that it was “a proud moment for both sides of the family.”

Valencia says the hardest part of being on the road for nearly six weeks with Team Israel was being away from 16-month old son, Oliver, and his wife. “We did FaceTime. I am not sure what he understands, but he saw a video of me hitting and got excited!”

Due to the late September ending date of the Olympic qualifiers and the late falling Jewish holidays, Valencia was able to be home for Rosh Hashanah.

“It is the first time ever—home with family,” reports Valencia, happy to celebrate the holiday with parents, aunts and uncles, his wife and son. He admits that “baseball was a major topic of conversation at dinner. They were all ecstatic, and they are trying to find accommodations in Tokyo for the Olympics. It could be the last time I play baseball on that level.”

Kurz, president of the Israel Association of Baseball and the team’s general manager, notes Valencia’s performance on and off the field. “He is a proven Major Leaguer, with nine years of experience. When he joined the team, there was electricity in the air, as he was our anchor and leading hitter. He hit home runs in five straight games, and led by example on the field and off. He is now the leading advocate and spokesperson for the team, and is working hard to get us sponsorships, donations and commercial deals so that the IAB can use those funds to develop the game of baseball in Israel, and we can also provide the team with better conditions to train and practice under.”

He details the many needs still facing the team as they prepare for the Olympics, including bringing some additional players to Israel, bringing all of the players to Israel in the winter, having a two-week pre-Olympic mini-camp in the United States, holding exhibition games against Japanese teams in Japan, purchasing equipment, bringing coaches to Israel and sending scouts look for Olympic opponents. Kurz reports anticipated costs are more than $500,000, and that they are trying to raise needed funds by donations and sponsorships.

In the meantime, Danny Valencia is home with his family in South Florida. He is staying in shape, thinking a lot about the Olympics, spreading the word about fundraising for the team and working to fulfill that “three-parter” his parents wanted … getting closer every day. 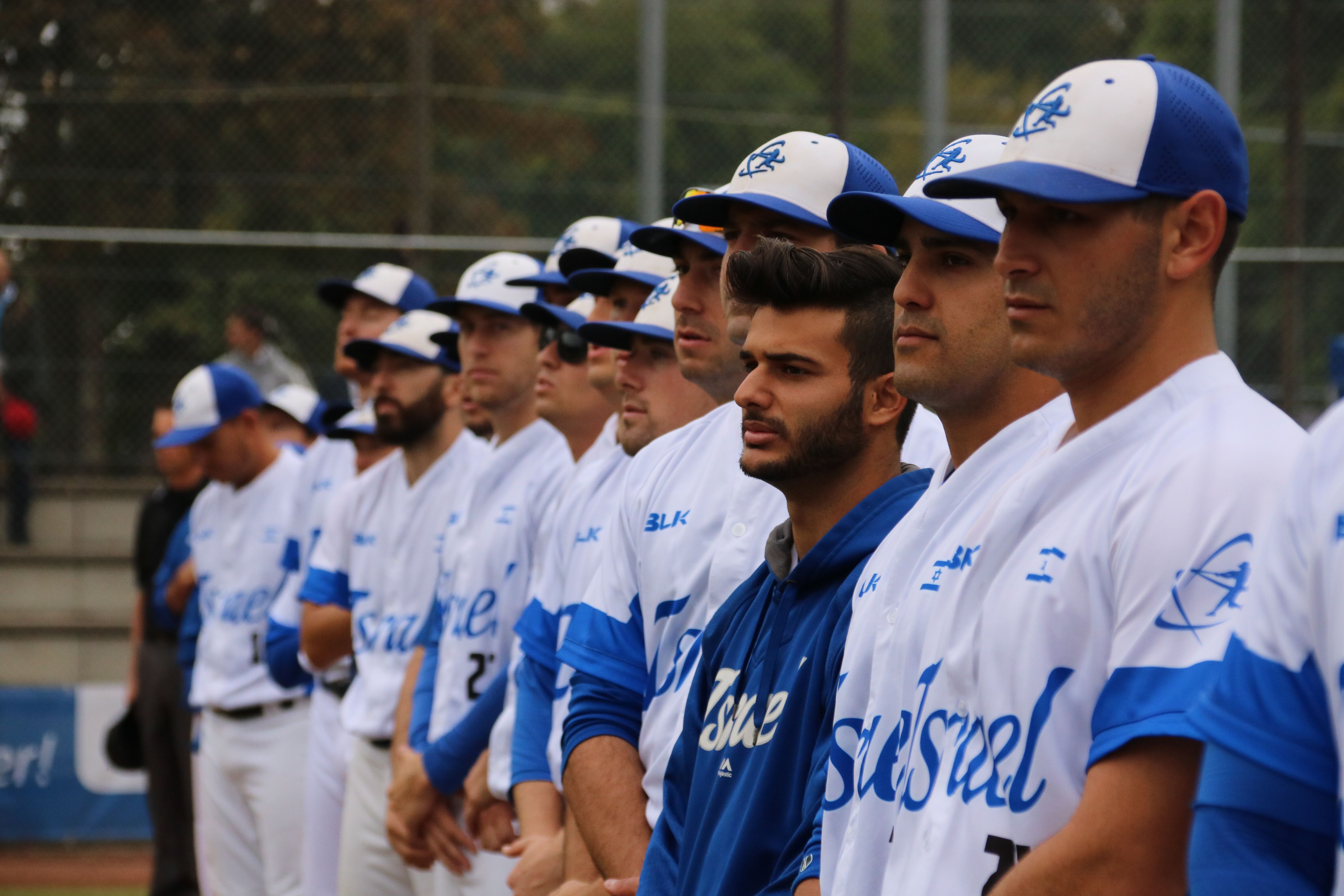 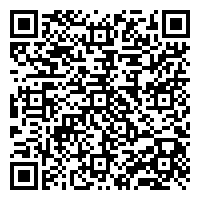