Former Iranian judoka Saeid Mollaei, who now competes for Mongolia, said a very public ‘thank you’ to Israel after winning a silver medal Tuesday (July 27) in the men’s 81 kg category at the Tokyo Summer Olympic Games.

Former #Iran judoka Saeid Mollaei who is now representing #Mongolia won a silver medal at the #TokyoOlympics. He told reporters today “thank you to #Israel for the good energy. This medal is dedicated also to Israel.” pic.twitter.com/4w0jDog6YH


Mollaei was forced to abandon his native country after being ordered by Iranian officials to lose his semifinal match at the 2019 World Judo Championships so he could avoid facing Israeli world champion judoka Sagi Muki.

The Iranian judoka first traveled to Germany, and subsequently to Mongolia, where he received citizenship and under whose flag he currently competes in the Tokyo Olympic Games.

Bravo, bravo, bravo! Saeid Mollaei is an Iranian-born Judoka. He was forced to flee #Iran after refusing to forfeit a match against an #Israel athlete in 2019. Saeid just won a Silver medal in #Tokyo2020 #Olympics, where he was competing for Mongolia in Men's 81kg #judo. pic.twitter.com/7plHoojTTg

On Tuesday (July 27) Mollaei won a silver medal for his adopted country and told reporters, “Thank you to Israel for the good energy. This medal is dedicated also to Israel.”

Earlier this year, Mollaei had told reporters ahead of the 2019 World Championship tournament held in Tel Aviv in which he competed that he would “never forget the kindness he was shown” by Israel’s judo team.

In 2021 it was announced that Mollaei would feature in a scripted television series based on his and Israeli judoka Sagi Muki’s lives, with the International Judo Federation [IJF] involved in the production of the series, according to a report on the Olympics.com website.

At the 2019 World Championships, in which he competed for the Islamic Republic of Iran, Mollaei said Iranian sporting authorities pressured him to lose his semifinal bout to avoid the possibility of facing Muki in the final.

In March 2021 the Court of Arbitration for Sport [CAS] found the Iran Judo Federation breached the Olympic Charter and committed “severe violations of the International Judo Federation rules” for which the country was given a four-year suspension.

“Sagi is my friend. We may fight on the tatami, but before the tatami and away from the tatami, we will always be friends.” 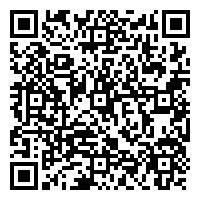