“A network of agents of the Zionist regime (Mossad) has been dismantled and captured along with a large shipment of weapons and ammunition after arriving at the western border posts of the country,” the director-general of the Intelligence Ministry for Counter-Espionage Operation said on Tuesday, according to Iran’s FARS News. FARS is a semi-official news agency of the Iranian regime.

Iran claims the weapons were meant for the citizens protesting against the Islamic regime as well as for sabatoge.


“The seized weapons include pistols, grenades, Winchester shotguns, Kalashnikov assault rifles and bullets, some of which, like Winchester and grenades, are used to turn the protests into riots,” the official said.

Iran did not publish any proof of the alleged captured weapons shipment to back up their claim. FARS recycled a photo of weapons they’ve repeatedly used over the past few years for use in their article.

Iranian forces have killed a number of citizens who are protesting the lack of water in their areas, as protests spread into Tehran.

Iranians have been chanting, “Death to the dictator” and “Neither Gaza nor Lebanon: I will sacrifice my life for Iran” in protest of Iran’s meddling in those to regions. 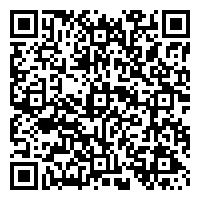