An Arab attempted a stabbing attack at the slopes of Mount Eival near Sh’chem in Samaria. A soldier sustained a light injury in his hand. Other soldiers present opened fire and killed the terrorist.

According to reports, the terrorist initially threw a glass bottle at an IDF jeep. When the soldiers came out to try and arrest him, the terrorist pulled out a knife and stabbed one of the soldiers. The force opened fire and ended the confrontation. 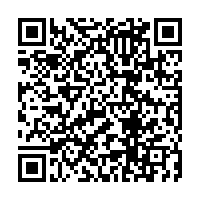