A CCTV clip shot on Saturday clearly shows Arab teen Ruqayya Eid Abu Eid, 13, arriving at the gate of the Anatot community in the Benjamin region. A security guard comes out asking her to kneel so he can check her. As she kneels her knife appears to fall on the ground. In response the guard flees toward the gate while she is chasing him with the knife in her hand. Afterwards, the guard turned around and shot her dead.

The American media are aware of the phenomenon of “suicide by police,” by which a desperate armed person points his weapon at the cops and is mowed down in predictable fashion. On Saturday it became apparent that Arab teenagers, especially females, escaping a family brawl, try to get arrested or killed by attacking Israeli security forces at a check post. According to Judea and Samaria police, the phenomenon used to be limited to young women trying to get arrested by hiding a knife on their person when crossing the check post; now they’ve begun to try to use the knife, presumably looking to get killed.


A police official told Walla, “Now, following the terror wave, some [girls] want to commit suicide, but they tell themselves, why get killed for nothing, better to become a shaheed (martyr). What’s clear is that in these cases it’s not normal terrorists but civilians with a clean record.”

Police interrogation of Abu Eid’s father, a resident of Yatta near Hebron, revealed that she had a fight with her brother and ran away from home taking the knife. Her father was chasing her and arrived at Anatot a minute after she had been shot, according to eyewitnesses. They say they saw him sitting in the back of a patrol car weeping, saying, “It’s my daughter, it’s my daughter.”

According to a Jewish eyewitness, the guard yelled at the girl in Arabic several times to stop. In the end he shot her after she had entered the community area with the knife in her hand. 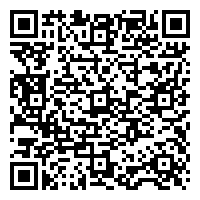