Four Palestinian Authority terrorists attacked Israeli soldiers Thursday in a shooting attack on an IDF “pillbox” (observation post) at the “Parsa” junction on Route 463, between the Ras Karkar Junction and the Horseshoe Junction.

One soldier sustained a head injury, according to the IDF Spokesperson, who said the event took place in the Ephraim Regional Brigade sector.


United Hatzalah volunteers together with medical teams from the IDF treated the wounded soldier, a spokesperson said.

United Hatzalah volunteer EMT Menachem Leff, who was one of the first responders at the scene said, “After providing treatment to the injured person together with IDF medical teams, the individual was transported to Sheba Medical Center for additional medical care.”

The four terrorists fled in a vehicle, and were being pursued by IDF and security forces. A search is underway. 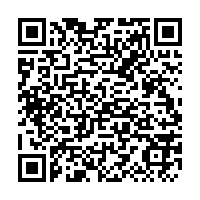