A cluster of balloons attached to an improvised explosive device (IED) landed outside a kindergarten in the southern Israeli border city of Sderot on Monday afternoon, touching off a fire in the area.

Miraculously, the preschool was empty at the time the fire broke out. No one was injured in the blaze, although the building was damaged.


Firefighters who were called to the scene quickly extinguished the flames.

As of 7 pm Monday, there were 39 outbreaks of fires in southern Israel due to the arson balloons that were launched by terrorists from Gaza during the day.

Israeli military forces retaliated with restraint. “Tanks targeted a number of military observation posts belonging to the Hamas terror organization in the Gaza Strip,” the IDF Spokesperson said. No casualties were reported.

IDF aircraft have retaliated several nights running with air strikes on Hamas positions in Gaza, since it is Hamas who controls the government. Israel holds Hamas responsible for all attacks emanating from the enclave. The attacks have had little effect, however, and terrorists have also returned the “night terror riot squads” to their violence at the border as well, usually starting at around 10 pm.

Egyptian mediators were slated to arrive in Gaza sometime on Monday to attempt to quiet the tensions that have escalated after a week of constant arson and IED balloon attacks on Israel by terrorists in the enclave.

“The Egyptian security delegation will arrive in Gaza today, and will hold a meeting with the Hamas leadership and the leadership of the factions to discuss stopping Israeli aggression,” the AFP news agency reported, quoting a Hamas source. There has been no update since that time. 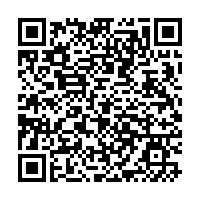