Prime Minister Benjamin Netanyahu announced Monday that officials in Israel and the United Arab Emirates are “working on allowing direct flights between Tel Aviv and Dubai and Abu Dhabi over Saudi Arabia.”

Netanyahu made the announcement during a tour of Ben Gurion International Airport ahead of the opening of flights to allow foreign tourism to resume, slated for next month.


“It is a very short flight, around three hours, like a flight to Rome, but it will change Israeli air travel and the Israeli economy with a great wave of tourism in both directions, with investments of great magnitude,” Netanyahu said.

He added that the Emiratis are “very interested in massive investments in Israel in technology, in importing inexpensive products.

“I want you to understand the economic significance of the agreement with the UAE: The first thing that will be affected is what we see here – tourism, including direct Tel Aviv-Abu Dhabi and Abu Dhabi-Tel Aviv flights. UAE residents want to come here and will come here.

Second is trade, by both air and sea. Dubai has the largest free trade zones in the world. They go there with raw materials and produce there very inexpensive goods, and now these goods will – under the peace agreement – reach the State of Israel and lower the prices of products for the citizens of Israel. The cost of living will be lower and the quality of life will be higher, because it will be possible to import more inexpensive products. This is a direct result of this agreement.

Fourth, their investments in real estate in Israel and, in my opinion, in the tourism sector. They are very excited by what they see here. It will be a massive injection for the Israeli economy, of abilities and possibilities for the citizens of Israel that have not existed up until now. If we used to think of Israel as ‘the end of the road’ – it is boxed in, it can only go west, today it is possible to go east and go to the best places.

And fifth, peace, but a different peace, peace for peace, the peace of two countries that respect themselves, esteem each other and cooperate. The fruits of peace stem from the peace and not from dangerous concessions that jeopardize both the peace and our existence.

This is a change. It is a revolution. I am very proud of this moment and I think that all Israelis will enjoy it soon.”

Israir has already submitted an official request for permission to fly such a route, Netanyahu added. 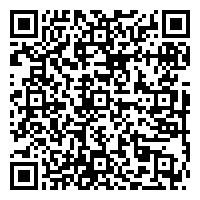