Two civilians captured a terrorist near the Ma’avar Michmas gas station off Route 60 in the Benjamin region, on Thursday morning.


Moatti said, “I finished my shift and was on my way home, and planned to meet my wide at the Michmas junction. From the corner of my eye I saw a suspicious figure. A young man with a bag. I approached him with my car and I got out. I began to interrogate him about what he was doing. He didn’t look me in the eye and began shouting ‘Palestine Palestine’ and ran, I closed in on him with the car. After 150 meters, and I got out of the car, armed and maintaining a safe distance, I asked him to get on his knees. Another citizen who came by shouted that he had machetes in the bag. We jumped on him and held him until the police arrived.”

Police and an IDF force from the Netzach Yehuda Battalion arrested the suspected terrorist and during the inspection of the suspect’s belongings, the force discovered in a knife and a butcher’s knife, as well as a copy of the Koran and a bottle of water.

Police had earlier received a report about a suspicious Arab who was loitering at the entrance to Kokhav Ya’akov. The combined force then located him at the gas station, a little more than a mile away.

The suspect insisted that he was only going to hand over his bag with the substantial cutlery to a different individual, who was then going to carry out a terror attack. Which would explain why he left the gate to the settlement and was on his way back to the highway. Another explanation: he was fleeing the area, having noticed that his presence was making an impression on the locals.

The suspect was arrested for questioning. 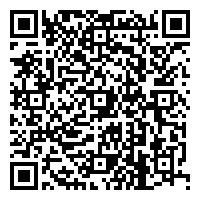