Hamas terrorists in Gaza are increasing their arson attacks on southern Israel, ramping up the number of bombs and Molotov cocktails flown across the border via balloons into Israeli territory, even while trucks of food and merchant supplies continue to be trucked into the enclave.

At least 19 fires broke out Wednesday in the Gaza Envelope region alone, due to incendiary balloon attacks launched from Gaza.


“Following the launching of incendiary balloons from #Gaza towards #Israel and the resulting ignition of fires in Israeli territory, transfer of fuel is halted through the Kerem Shalom crossing to the power station in Gaza, effective this morning (Tuesday) and until further notice,” said the Coordinator of Government Activities in the Territories in a statement posted on Twitter.

Following the launching of incendiary balloons from #Gaza towards #Israel and the resulting ignition of fires in Israeli territory, transfer of fuel is halted through the Kerem Shalom crossing to the power station in Gaza, effective this morning (Tuesday) and until further notice pic.twitter.com/sIn3bROXHt

Jewish communities and their agricultural fields struggled to contain and ultimately extinguish the flames together with the assistance of IDF soldiers, KKL and Nature and Parks Authority personnel.

The decision by Israel to shut off the flow of fuel and electricity to Gaza was made even as deliveries of food and merchant goods continued.

Last week, a total of 555,000 #Palestinians entered into #Israel from Judea and Samaria. pic.twitter.com/pUyBIEA7zt

The shutdown, which came in response to the escalation of arson attacks by Hamas and allied terrorists, was explained to Gazans in a video by COGAT chief Major-General Kamil Abu Rokon.

“Between 85 and 75 tankers of fuel enter the Gaza Strip each week, which helps significantly increase electricity hours. Terrorism prevents you from having that,” Abu Rokon said in Arabic in the video.

A decision Monday (June 24) to once again reduce Gaza’s fishing zone to six nautical miles after arson attacks continued to escalate – just after once again having reopened and expanded it to 10 nautical miles on June 18 — so far has also proved ineffective in persuading Hamas to end its campaign of arson terror against southern Israel.

Of equal concern, the strategy is catching on with Palestinian Authority terrorists in Judea and Samaria as well, where incendiary balloons have caused a number of fires in recent days near Jewish communities in Gush Etzion. 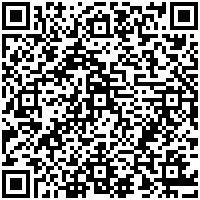