Israeli forces were successful in capturing an Arab terrorist who carried out a shooting attack near the Israeli community of Elon Moreh in Samaria on Wednesday night.

The terrorist fired at a car driving in the area and damaged it, but no one was injured in the attack.


The army and security forces chased the terrorist during the night, during which a suspect carrying a weapon was apprehended.

The IDF stated Thursday that a preliminary investigation shows that the apprehended suspect acted independently and was not part of a terror cell or terror organization. 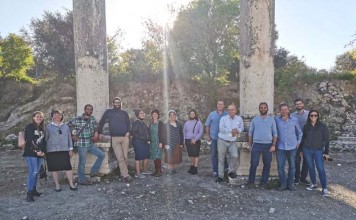