The 23-year-old security guard, a resident of Beit Shemesh, was shot and stabbed to death late Friday night at the western entrance to the city by two Arab men as seen in security footage from the scene.

The guard was reportedly on duty at the time with his fiancée, whom he shielded with his own body during the attack, saving her life.

Emergency medical personnel from Magen David Adom was forced to declare the death of the guard after resuscitation failed; a second individual at the scene was taken in shock to Barzilai Medical Center in Ashkelon.

The getaway vehicle was later discovered, burnt, in the nearby Palestinian Authority town of Safit.

The two suspects, both in their twenties, were arrested in the Palestinian Authority village of Qarawat Bani Hassan following an investigation by Israel’s Shin Bet domestic intelligence agency.

The weapons used in the attack were also recovered during the arrest, “following intensive intelligence and operational activity by the Shin Bet, IDF and Israel Police,” according to a joint statement by police and the Shin Bet.

“The security forces will continue to work to bring to justice those who are involved in terrorist activities and with anyone who assisted them,” the statement said. 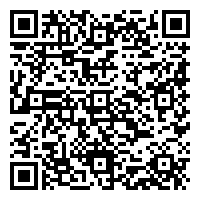