The Red Alert siren was triggered barely an hour after midnight Thursday night, blaring its warning throughout communities across the Eshkol Regional Council district and sending thousands of Jewish families racing again for shelter — because Gaza rioters were hurling powerful explosive devices at the security fence along the border with Israel.

Israeli security personnel said “the siren, activated in Kissufim, was triggered due to the detonation of a powerful explosive device that exploded west of the perimeter fence in the Gaza Strip. There are no casualties.”


Those families who had managed to get to sleep despite the loud explosions just a few hundred meters away, hauled their babies and young children out of bed, again, and raced for the bomb shelters just in case this time a rocket was headed their way.

The explosions had started soon after nightfall and continued late Thursday night as riots along the border began to heat up in anticipation of the one-year anniversary of the so-called ‘March of Return’ weekly border violence led by Hamas, which often was daily, rather than weekly.

Prime Minister Benjamin Netanyahu told Israelis that military forces were deployed and ready for any scenario; and if all other attempts to end the violence fails, the IDF is now prepared to carry out an extended military campaign. 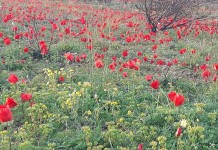 Incinerated by Gaza Balloons in 2020, Gvar’am Preserve Is Afire with Red Blossoms 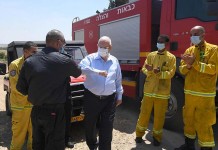 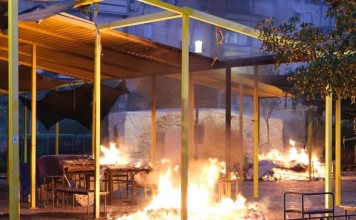