For the second time today, a rocket was fired from #Gaza into #Israel.

No one was injured and no property damage was reported.

Two rockets at southern Israel were also fired about half an hour earlier in an initial, separate attack at around 7:10 pm.

Both of those rockets landed in open areas, according to the Israel Defense Forces spokesperson.

There were no injuries and no damage reported. 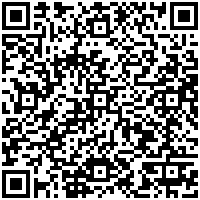