The IDF confirmed late Thursday night that three rockets were fired at Israel from Gaza at around 11:40 pm, and that Israeli aircraft intercepted all three over Gazan territory.

The Red Alert incoming rocket alert siren drove Israelis from their beds in the southern border towns of Kissufim and Ein Ha’Shlosha, dragging sleepy children with them as they raced for bomb shelters and safe spaces, with barely 15 seconds to get there.

The three rockets were all neutralized within Gazan territory by the IDF, and landed in the enclave.

There were no injuries and no Israeli property damage was reported.

Earlier in the day and in the evening hours, Gaza terrorists had launched more than 40 IED and arson balloon bombs into Israeli territory, setting fires in various areas throughout the southern sector.

IDF soldiers have recently been deployed along the border as balloon snipers, aiming their weapons towards the sky in hopes of shooting down at least some of the arson and IED balloons.

The Light Saber was developed by three engineers from the private sector who worked with Ben Gurion University (BGU) researchers and staff at the technological departments of the Israel Police and the IDF.

Israel’s Channel 12 television news reported last December when the system was first announced that only one had been built, at a cost of approximately $1 million. The laser, which can operate during the day or through infrared at night, is portable; it can be installed on a small truck or be transported on a small trailer. The system has an effective range of two kilometers (1.6 miles).

Israeli military forces have been attacking Hamas terror targets in the enclave every night for the past week in response to the daily arson and explosive attacks on southern Israeli communities fired from Gaza using balloon bombs. Recently Hamas also added attacks at the border security fence by the return of the “night terror” squads as well.

Prime Minister Benjamin Netanyahu warned within the past several days that if the attacks do not stop, Israel may be forced to consider further steps; he also said that war is not out of the question if violence from Gaza cannot be stopped by any other means. 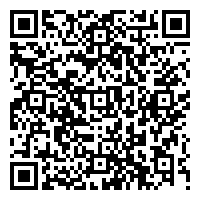