The sound of machine guns firing at Israel Air Force aircraft as they carried out air strikes in Gaza triggered the sensitive mechanisms of Israel’s Red Alert incoming rocket warning siren near the Gaza border at five minutes before midnight late Wednesday night, and again about 15 minutes later.

Israeli families were forced to wake their children or carry sleeping babies to safety for the third time of the day when the siren sounded in the Ashkelon Coast Regional Council district community of Zikim, and then in the community of Moshav Mevka’im.

A 76-year-old woman was injured after she fell while hurrying to reach a bomb shelter in Kibbutz Zikkim; on her way to a bomb shelter. According to a spokesperson from the Southern District unit of United Hatzalah emergency medical response organization, the woman sustained injuries to her head and torso. Medics provided first aid before taking the woman to the Trauma Room at Barzilai Medical Center in Ashkelon, where she was listed in fair condition.

Nevertheless, no Israeli can ever afford to gamble on an alert siren being a false alarm, no matter what the time of day.

Unconfirmed reports of rocket fire in southern Israeli territory earlier in the evening, at around 7 pm, also turned out to be just that: a red alert that was sent people racing for safety “for no reason.”

The IDF Spokesperson said in a statement the Red Alert incoming rocket siren warnings that activated at that hour in the Ashkelon Coast Regional Council district were found to be “false alarms.”

But earlier in the day, at least three rockets were fired from the enclave at southern Israel shortly after the noon hour. Miraculously, no one was physically hurt in any of the attacks, although there was damage to a home and a greenhouse in the Ashkelon Coast Regional Council district. 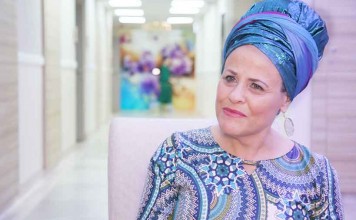