An 87-year-old woman died of injuries incurred Thursday night after falling while trying to reach a safe room in response to the rocket siren in Be’er Tuvia.

The barrage sent the residents of the central Negev city of Be’er Sheva racing for their safe spaces as well. Many people in Be’er Sheva have no bomb shelter in their homes or even nearby; those living in older buildings are forced to stand together in the stairwells instead during an attack.

Three buildings in Be’er Sheva sustained direct hits when a rocket from a late-night salvo landed between a group of buildings in a neighborhood. “One can say a great miracle occurred here,” said a reporter for Israel’s Channel N12 News. No one was physically hurt; four people was treated by medics for severe anxiety despite the huge damage to the buildings, according to Magen David Adom.

At least 90 rockets were fired at Ashkelon and Ashdod at around 10 pm, many of which were blown out of the sky by the Iron Dome anti-missile defense system.

One of the rockets made it through the defense system and landed in Ashkelon, according to Israel’s Channel N12, which reported that no one was physically injured in the attack.

One rocket landed in Ramle, but there were no physical injuries. A fire ignited by the rocket explosion was extinguished by the local firefighters.

A large barrage of at least 30 rockets was directed at Ben Gurion International Airport next to Lod, and other nearby communities.

The Israel Airports Authority issued a statement saying that airlines were being barred from landing at Ben Gurion International Airport until at least May 18, due to the current rocket fire from Gaza.

One rocket — the terrorists’ new Ayyash 250 — subsequently landed in Eilat – 155 miles away from Gaza — for the first time in years. A total of 100 rockets were fired in the barrage that targeted Tel Aviv, Ashkelon and Be’er Sheva.

Two hours earlier, an armed suicide drone launched by Hamas exploded near a border community. There were no physical injuries in that attack.

At least 1,700 rockets have been fired at Israeli civilians by Gaza terrorists since the start of the hostilities on Monday evening. The IDF said that up to 10 percent of the rockets are falling short and instead landing in Gaza territory and killing Gaza civilians. 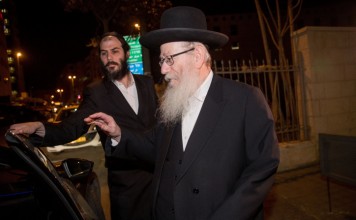 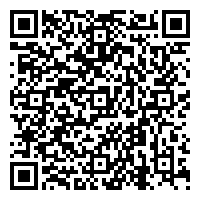