A six-year-old boy was critically wounded on Wednesday night when a rocket slammed into his home in Sderot during a barrage of 80 rockets at around 7:20 pm Israeli time that landed in multiple points in southern and central Israel.

The hospital officially declared his death later in the evening. The boy was identified as Ido Avigal.


Seven people were injured in Sderot, including three members of one family. Shrapnel from the rocket that penetrated the safe room hurt his family. His mother was seriously wounded, along with two others.

Although most of the rockets were intercepted by the Iron Dome anti-missile defense system, or landed in open areas, one rocket hit an apartment building in which a family was huddled in their built-in bomb shelter, like others. For some reason, shrapnel from that rocket penetrated the family’s safe room despite it having been closed and sealed properly.

According to a report by Israel’s Channel 12 News, the lethal rocket had first struck a different home in the family’s apartment complex – but a piece of shrapnel from that explosion ricocheted to a second apartment; and there, it penetrated the family’s safe room, wounding those inside.

The force of the explosion sent the shrapnel directly at the bomb shelter metal window shield, which it pierced, breaking the inside glass window as it hurtled towards the family.

In the past 48 hours, six Israelis have been killed in the rocket attacks fired by Hamas and the Palestinian Islamic Jihad terror groups. At least 1,200 rockets have been launched from Gaza; a thousand of them reached Israeli territory, terrorizing the civilian population.

The building was completely demolished. 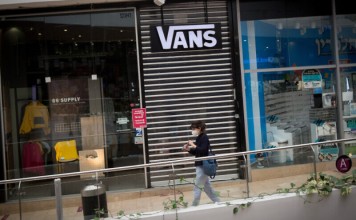 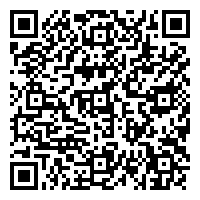