An Arab terrorist was shot dead on Sunday night by IDF forces operating in the Gush Etzion area while he was attacking Israeli motorists with firebombs.

The IDF stated that during an operation near the village of al-Khader in the area of the Etzion Regional Brigade, the troops identified a suspect who threw Molotov cocktails at an Israeli vehicle traveling on Route 60 and endangered the passengers.


The troops fired at the terrorist, from the Bethlehem area, who subsequently died of his injuries. The Palestinian Authority’s Health Ministry identified the terrorist as Muhamad Ali Ghanim.

Earlier in Gush Etzion, near Hussan, an Arab woman was shot in the leg after she kept approaching a group of soldiers. She ignored their calls to stop approaching, and continued to approach them even after they fired a warning shot in the air.

The IDF continued its counterterrorism offensive throughout Judea and Samaria on Sunday night following the wave of terror attacks in Israeli cities, which claimed 14 lives in the past month.

The focus of the operation continued to be the city of Jenin in Samaria, from which several of the terrorists who carried out attacks in Israel emerged.

Arab sources report that IDF forces arrested a senior Hamas operative in the village of Idna, near Hebron. The detainee was involved in several attempts to carry out a terrorist attack in Israel, the reports say.

Another report says that the Israeli security forces arrested Azmi Mansour, a senior officer in the PA’s national security apparatus, at his home in the Shechem area.

A terrorist riding on a motorcycle fired at Israeli troops on patrol near Mount Gilboa. There were no Israeli casualties. 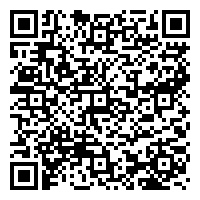