For years, Israelis hiking in the Shomron have reported that Arabs from various villages come out and attack them during their hikes.

In November 2017, a group of 25 children on a Bar Mitzvah hike were nearly lynched and murdered by an Arab mob from the village of Qusra. During the attack, one of the villagers was shot and killed by a parents who was escorting the group. The IDF eventually rescued the children who hid in a cave until rescuers arrived.


On Monday, the IDF took steps to end these ongoing attacks against Jewish hikers.

An IDF unit went undercover dressed as civilian Jews out on a hike near the town of Yitzhar, in the Shomron, according to a report in Kikar Hashabbat.

As is their custom, the Arabs from the nearby village of Midama, some of them masked, came out to violently greet the small group of Jewish hikers, as they filmed their attack — only this time the attackers were surprised when the innocent hikers turned out to be IDF soldiers, who were supported by a platoon of soldiers waiting in ambush.

The attackers were captured. No soldiers were injured. 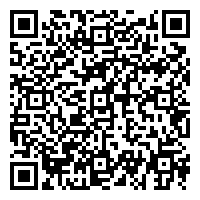