The state on Monday filed with the High Court of Justice its response to petitions against the IDF, the chief of staff and the defense minister, regarding the integration of women in combat roles in the IDF armored corp. The state’s position is that the petitions should be thrown out, because of the decision of IDF Chief of Staff Lieutenant General Aviv Kochavi to continue testing the integration of women as tank fighters.

“This chief of staff’s decision was made on January 5, 2020, in a professional context, while weighing all the relevant considerations, including security aspects—the IDF’s ability to fulfill its operational tasks for the protection of the state and its citizens, equality of the sexes, and the physiological and medical aspects which must be addressed,” the state argued.


The state went on to say: “The IDF conducted a pilot program to integrate women as tank fighters in border protection capacity in 2017-2018, in the 80th Armored (‘Edom’) Division. In a continuation of the pilot program and in accordance with the chief of staff’s decision, extensive staff administrative work has been conducted on the subject, followed recently by in-depth discussions. Said discussions revealed that the pilot that had been conducted indicated the potential for women’s integration into tanks in border protection missions, but also pointed to gaps in meeting the competencies required for this task.”

That last one was euphemism for the fact that the women in the combat program were required to carry combat-related loads that were lighter than their male counterparts’, that some women suffered irreparable physical damage, and that combat readiness in mixed tanks was harmed because the women had to leave the tank and find shelter to relieve themselves or deal with other feminine hygiene issues.

According to the state, Chief of Staff Kochavi recommends moving to the next phase in examining women’s integration into tanks in border protection missions, as part of a comprehensive course that will be launched later this year for several dozen recruits who meet the set criteria, and will include, among other things, physical conditioning and a significant emphasis on acquiring operational experience.

At the end of the training and operational phase, a status assessment will be carried out to decide whether the program should be allowed to continue.

The state also emphasized in its response that the petitions were filed in the middle of the staff administrative work and before the chief of staff’s decision was made. Therefore, the state argued, “the petitions, which refer to outdated factual information, are no longer relevant and should be thrown out on those grounds as well.”

And that’s how you delude a bunch of women with heart and enthusiasm into thinking there’s a chance you’d put them in million-dollar lady tanks and give them the go ahead signal. 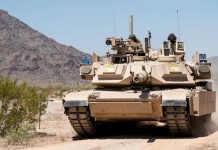 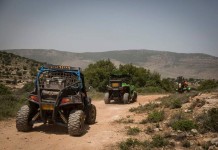 Report: Bedouin Bandits Bribe IDF Soldiers to Let Them Rob their Bases in the Negev