Following a year and a half long struggle to hold on to a swath of land mired in political and judicial controversy, the remaining residents of Givat HaUlpana – Ulpana Hill – were expelled from their homes and transferred to temporary housing across town in the biblical city of Beit El on Thursday.

Though residents have agreed to go peacefully, a morose air hovered over the 6 buildings which had once housed 30 idealistic families, and now contained teams of movers, army personnel, and somber parents and children preparing to say goodbye.


Residents and their supporters agreed not to put up a battle against security forces who oversaw the evacuation, in exchange for the promise of Prime Minister Benjamin Netanyahu to go ahead with a plan to build 300 new homes in the pastoral Samarian community of 6,000 people.

Yet their hopes that Beit El will swell in growth did not ease the pain of parting from the homes they had cultivated on the same mountain upon which Jewish tradition states Jacob had a dream of angels ascending and descending a ladder – the mountain upon which the Jewish people earned the name Israel.

“This is the hill upon which Jacob was promised that the land upon which he laid he laid his head would be for him and his descendants, and at which Jacob – now Israel – swore he would return and build a house for God” said Alex Traiman, resident of Ulpana Hill who moved with his family to Jerusalem when it became clear that the evictions would be carried out.  “The people who are leaving today are the fulfiller’s of Jacob’s promise –t hey came back to build a house unto God.  It also says that Israel renamed the place Beit El – it used to be called Luz. The government and Supreme Court are literally taking us back to Luz – we are going to be “Losers”.”

“It’s amazing how fast the government can work to kick Jews out of their homes and build a temporary neighborhood across the town,” Traiman said.  “If the government would work with the same kind of motivation, drive, and work ethic to build the rest of the nation, the state of Israel would flourish at even a much faster pace.”

“Thirty-three families are undergoing their own personal tragedies these last few days, but I think they’ll be fine,” Traiman said.  “It’s the nature of the Jewish people to endour tragedies but to move forward, to keep building, to not give up hope, to not stop living life.”

Many residents grappled with explaining the move to their children, raised in the Religious Zionist framework, which teaches strong adherence to Torah and Jewish values, as well as pride in and commitment to the State of Israel. “[Our kids]have been asking [about this move] for 2 or 3 months,” Ulpana Hill resident Guy Sagiv told Jewish Press’s Yishai Fleisher on Jewish Press Radio. “Actually, we don’t know what to say to them.  It is our good fortune that they don’t and we don’t need to see soldiers coming to get us out [with the use of force].”

Though Guy and his family will be relocated to caravilla homes on the other side of town, and will remain together with the members of the Ulpana neighborhood, they are not actively participating in their move, quietly protesting the event by forcing government-issued movers to pack and move their belongings.

Sagiv said he would not use violence because “all of us are part of the nation of Israel, and we don’t want to hit one another,” he said.  “We are like the body of a human being.  The left arm is trying to destroy the buildings but the right hand will not strike it because it is one – it cannot be separated.  We are one nation, we have to inculcate the idea that we are indeed one nation, and we hope we will get stronger from out of this weakness…”

“I think the one consolation is that the actions were carried out with great care and consideration and nobody got hurt physically, and the international community didn’t see pictures of Jews fighting each other,” Traiman said.  “But we shouldn’t need to knock down  30 apartments to build 300 more in a Jewish State, so it’s not exactly a consolation. 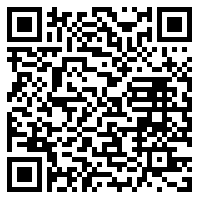