Almost one in three American Jews prefer not to display articles of clothing that would give away their religion, such as a yarmulke or a Star of David necklace, according to a study released on Wednesday by the American Jewish Committee (AJC Survey of American Jews on Antisemitism in America), examining how Jews perceive anti-Semitism one year after the Pittsburgh synagogue massacre.

“American Jews are deeply concerned about anti-Semitism and believe it is getting worse,” Avi Mayer, the AGC’s Managing Director of Global Communications, wrote in a Wednesday op-ed in USA Today. “Nearly nine out of every ten American Jews (88%) believe anti-Semitism is a problem in America and over eight in ten (84%) say it has increased over the past five years, including a plurality—43%—who say it has increased a lot. Concern about anti-Semitism cuts across differences of age, politics, and Jewish denomination. More than nine in ten (93%) Democrats, 87% of independents, and three-quarters of Republicans say anti-Semitism is a problem in America.”


“It’s been a rough year, and it’s been an eye-opening and awakening year,” David Harris, The AJC’s CEO, on Wednesday told the Washington Post. “Perhaps there was a time when some Jewish institutions … felt somehow more or less insulated from [anti-Semitic attacks]. The fact that the attacks took place in Pittsburgh and Poway triggered a feeling that we’re all at risk everywhere, equally — it can happen anywhere.”

The survey of more than 1,200 Jews across the United States, was conducted close to one year after the Tree of Life synagogue shooting on Oct. 27, 2018, shows that a large majority worry about anti-Semitism and that a substantial minority experience anti-Semitic bias personally.

84% of American Jews said they think anti-Semitism has increased in the United States in the past five years.

3% said they think anti-Semitism has decreased.

20% said they had been the target of anti-Semitic remarks online in the past five years.

23% said they had been targeted by anti-Semitic comments in person or through mail or phone.

2% said they had been the victim of physical attacks because they are Jewish.

25% answered Yes to the question, “Do you ever avoid certain places, events or situations out of concern for your safety or comfort as a Jew?”

The Washington Post cited the Secure Community Network, which helps synagogues secure their buildings and protect their members, which said that up until the Pittsburgh massacre they would normally receive about 500 requests for assistance from Jewish groups each year, reported receiving about 2,000 such requests after Pittsburgh.

The survey asked questions about which groups Jews worry about experiencing anti-Semitism from, including the far right, the far left and Muslim extremists, and found fairly high levels of concern about all three.

“We’ve seen what’s happening in the United States as part of a larger phenomenon of growing anti-Semitism worldwide,” Harris told the Washington Post. “Even a few years ago, things that would never have been said about Jews — maybe because of greater sensitivity to the Holocaust, or just a sense that in a liberal democracy we don’t say such things about other groups — those guard rails are down. … Liberal democracy itself is in crisis in many parts of the Western world. So those barriers that kind of contained the spread of anti-Semitism and other forms of hatred — those barriers are being weakened.”

Avi Mayer wrote: “This weekend, we will fill synagogues across America as part of AJC’s #ShowUpForShabbat campaign in memory of the eleven souls lost in Pittsburgh. Elected officials will deliver impassioned speeches and sign powerful proclamations, vowing to stamp out the scourge of anti-Semitism. But come Monday, how many will do what is necessary – confronting the sources of hate within their own political camps, challenging anti-Semitism even when uncomfortable or inconvenient, and reaching across the aisle to jointly build a safer nation for Jews and people of all faiths?

“American Jews are calling out. Will America listen?” 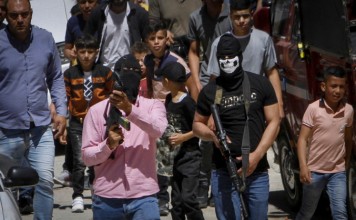 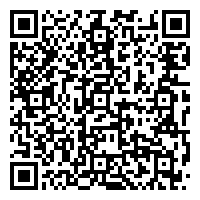