The Council on American Islamic Relations (CAIR) announced on Wednesday that it will formally partner with the U.S. Census Bureau to promote American Muslim participation in the 2020 Census.

“CAIR is proud to partner with the U.S. Census Bureau to ensure American Muslims are fairly and accurately counted in the 2020 Census,” said CAIR national executive director Nihad Awad. “Full participation in the census ensures that American Muslims will be better represented in Congress, and that their communities receive an equal share in state and federal programs.”


CAIR and its national network of chapters will work with the bureau and local Islamic centers to ensure community-wide awareness of the 2020 Census and gather a more accurate count of the diverse racial, ethnic and ancestry features that make up the American Muslim community.

However, according to The Investigative Project on Terrorism, which first reported on the partnership, CAIR will “promote participation in the census and advise people how to avoid scams.”

The U.S. census is conducted once every decade and counts every person inside the United States. It is used for purposes such as determining the number of representatives each state has in the 435-member U.S. House of Representatives, as well as how much federal funding should be allocated to states and localities for infrastructure and other needs.

CAIR, however, is no stranger to controversy, including being an unindicted co-conspirator in the Holy Land Foundation terror case that proved connections to the terrorist group Hamas and other radical Islamic entities.

“CAIR has a long history of being a vicious anti-Semitic Israel-hating group. They irrationally condemn the Jewish state, but never condemn the murderous actions of Hamas or Syria, or the Palestinian dictator and terrorist Abbas,” Zionist Organization of America national president Mort Klein previously told JNS. “By calling for the genocide of Israel, they join the moral horrors of the Nazis and Stalin, without their power, thank G-d.” 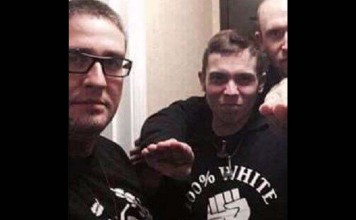