The body of Judy Spiegel, a former resident of Plainview, Long Island, has been found under the rubble of the collapsed Champlain Towers condo in Surfside, Florida, according to a post on Instagram by Spiegel’s daughter.

The wife, mother and grandmother was reportedly alone in her sixth-floor apartment in the beachfront South Tower of the building, with her husband out of town, when it collapsed on June 24.


“Today was one of the hardest days of our lives,” Rachel Spiegel wrote Sunday. “We were told by Miami-Dade Police Department that our mom, Judy Spiegel, was recovered on Friday, July 9, 2021. While this was the absolutely worst news in the world, we are happy that we have been reunited,” she wrote.

“We thank all the first responders, including the IDF team, for all their hard work,” the younger Spiegel added.

“The intense rollercoaster of emotions that we have experienced over the past 18 days has been indescribably. We truly appreciate all of our family and friends for being by our side, rooting us on, and praying that we be reunited with our mom. We hope our mom is looking down on us with pride, knowing we fought our hardest to find her.

“We will pass on all the amazing lessons she taught us. Her spirit will continue to live on in all of us,” Spiegel added.

In addition to Rachel, Judy Spiegel is survived by her husband and sons Michael and Josh.

The IDF delegation to Florida that assisted at the site search returned to Israel on Sunday. The IDF team received the Key to the County were made honorary commanders of Miami-Dade Fire Rescue as well.

Yesterday, #MDFR along local and federal task force teams, and family members of the victims, said farewell to the IDF delegation that assisted at the Surfside building collapse. IDF received the Key to the County and were made honorary commanders of MDFR. pic.twitter.com/ZFZwoaAMgu

Local and federal task force crews continue to work day and night at the collapse site of the Champlain Towers South in Surfside. As of today, 11,595 cubic yards of rubble has been removed from the site. pic.twitter.com/khYThll6wv

“The process of making identification has become more difficult as time goes on,” Levine Cava added. “The numbers are fluid and will continue to change.”

The Shul of Bal Harbour and Hatzalah have tirelessly worked hand-in-hand with the Surfside community to provide food, resources, healthcare, and spiritual care to their community. Thank you for your leadership in these trying times for South Florida. pic.twitter.com/WNS2WnnIZm

In addition, The Shul of Bal Harbour and the Hatzalah emergency medical response teams also were praised and thanked by Florida Governor Ron DeSantis for their “leadership in these trying times for South Florida.” 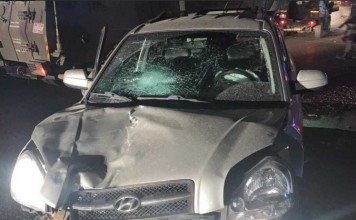 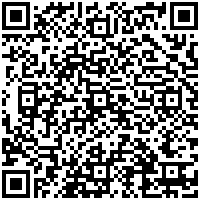