Nine people are confirmed dead in the collapse of the Champlain Towers condo building in Surfside, Florida on the outskirts of Miami. Below is a Sunday morning update by local, state and federal officials at the scene.


Miami-Dade County Mayor Daniella Levine Cava made the announcement of the new numbers Sunday at a news conferences with Florida Governor Ron DeSantis.

“We are cutting a deep trench to assists us. It is now 125 feet in length into the pile. It is 20 feet wide and 40 feet deep. This trench is very critical to the continuation of the search and rescue process,” said Levine Cava.

“As a result of that we were able to recover four additional bodies in the rubble, as well as additional human remains. As of today one victim passed away in the hospital and we recovered eight victims on site,” she said.

Of the nine confirmed victims, four have been positively identified and their next-of-kin have been notified. Sadly, body parts are being found as well as bodies; those require identification by DNA, as was necessary for identification of victims in the horrific Al Qaeda attack on New York City and Washington DC on Sept. 11, 2001.

An Israeli search and rescue team arrived in Florida early Sunday morning and was on site and working while officials updated media.

“A lot of the families who have unaccounted-for loved ones wanted [an Israeli team on site], De Santis told reporters. “That was something that obviously we welcomed, so they’ve been on site as well. They’re looking for voids, or [other ways] they could potentially rescue somebody,” he said.

Investigators are going to be closely examining any debris taken from the site of the collapse to try and determine what caused the tragedy, DeSantis added.

Surfside Mayor Charles Burkett told “This Week” on ABC News that resources are being made available to relocate for anyone living in the “sister” building who feels uncomfortable given the current circumstances.

“We’ve worked with FEMA, the Red Cross, and private donors. We’re going to make alternative housing available for any resident that really doesn’t want to be in that building pending the investigation which is going to commence next week,” Burkett said.

“We sent our engineer from Surfside in there yesterday. . .I don’t know if I’d be comfortable staying in that building until I knew for sure that they had done a comprehensive top to bottom study on what’s going on with the systems in that building. That’s for sure.”

More than 150 people are still unaccounted for. 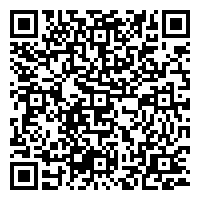