The US-based Ford Motor Company has announced it will cut its vehicle production next week in locations throughout North America due to a shortage of semiconductors, which are essential components in new vehicles that are primarily manufactured in Asia.

The decision follows a warning by the Detroit automaker that a chip shortage would lead to a decline in vehicle volume in the current quarter.


The chip shortage has affected vehicle production since the start of the coronavirus pandemic.

Intel announced last month it will begin construction on two semiconductor factories in Ohio later this year, with the goal of producing the important components by 2025.

Production of vehicles that include the Ford Bronco, the F-150 pickup and the new electric Mustang Mach-E will be suspended at plants in Illinois and Michigan as well as in Mexico, according to CNBC and other news outlets.

The pace of production will also be slowed at plants in Kentucky, Michigan and Missouri, the company said. Overtime hours will be eliminated at the company’s Oakville, Ontario facility in Canada.

Ford also sells its popular vehicles to consumers in the State of Israel. 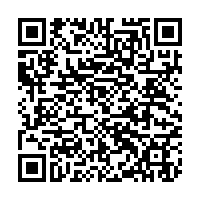