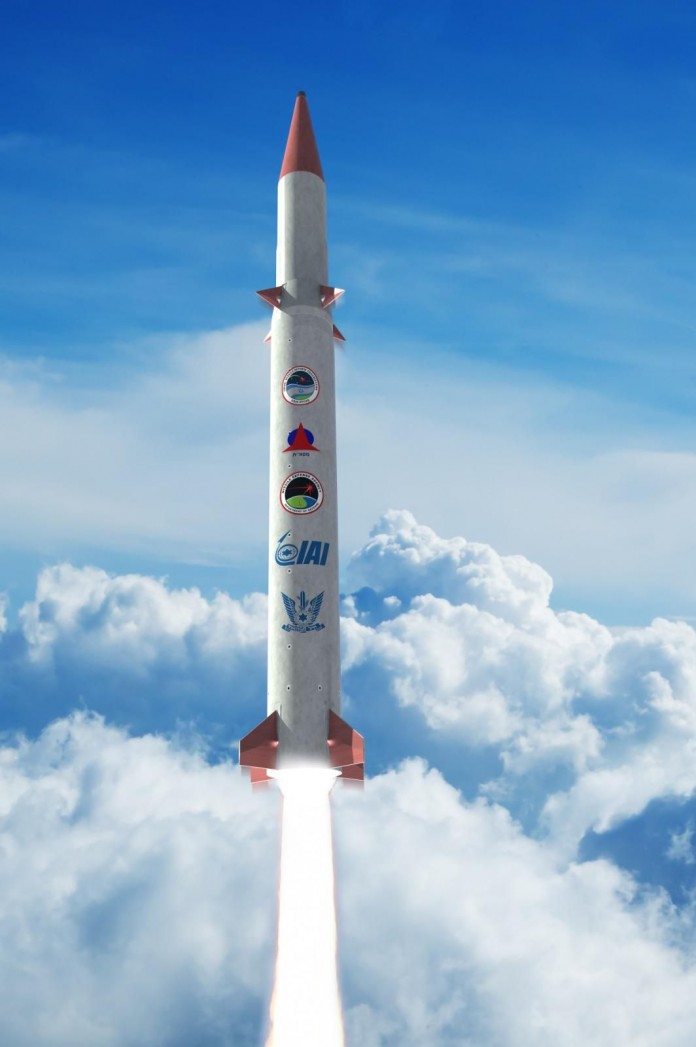 The Israel Ministry of Defense announced Thursday that its Missile Defense Organization has joined together with the US Missile Defense Agency to begin development of a new generation of the advanced Arrow missile defense system.

Arrow-4 will be the next generation of endo-exoatmospheric interceptors in the Arrow weapon system, which today consists of Arrow-2 and Arrow-3 interceptors.

Arrow-4 will be an advanced, innovative interceptor missile with enhanced capabilities. It will address a wide range of evolving threats in the region and will replace the Arrow-2 interceptors over the next decades. Its development is led by the IMDO and the US MDA, with Israel Aerospace Industries (IAI) as the prime contractor for the development and production of the system and its interceptors.

The Arrow-4 will take its place as the pinnacle of Israel’s multilayered missile defense structure, which includes the Iron Dome, David’s Sling and the Arrow system, all of which were developed to defend the Jewish State against short and mid-range rockets fired from Gaza and Lebanon, in addition to Iran’s long-range missiles.

The Arrow system was designed to defend the Jewish State from threats entering from outside the atmosphere, the longest-range missiles in existence. Israel and the United States jointly tested the Arrow-3 system, developed by Israel Aerospace Industries and US-based Boeing aviation firm, successfully in Alaska in 2019.

“Along with the development of vital offensive capabilities, the multi-layered missile defense array is being enhanced. The development of Arrow-4 together with our American partners will result in a technological and operational leap forward, preparing us for the future battlefield and evolving threats in the Middle East and beyond.

“I congratulate the Israel Missile Defense Organization, which is currently marking its 30th anniversary, as well as the US Missile Defense Agency and Israeli defense industries, for making Israel’s home front safe.”

“Arrow-4 is a cooperative program between the MDA and IMDO that illustrates US commitment to assisting the government of Israel in upgrading its national missile defense capability to defend the State of Israel from emerging threats,” said MDA Director Vice Admiral John Hill.

“We are starting the development of the Arrow-4 system at a symbolic time — 30 years after the Gulf War, which led to the establishment of the IMDO and the joint missile defense program with our American partners,” noted Moshe Patel, head of the Israel missile Defense Organization.

“Over the last three decades, we have developed one of the most advanced missile defense arrays in the world, built of four layers with demonstrated capabilities. These capabilities are being constantly improved against emerging threats. Arrow-4 will have unprecedented flight and interception capabilities, ensuring the security of the State of Israel.”

“The Arrow weapon system, which was one of the first in the world to intercept ballistic missiles, will be upgraded with a significant capability, produced by IAI, in the form of the Arrow-4 interceptor,” said the General Manager of the IAI/MLM Division at IAI, Jacob Galifat. “The interceptor will be the most advanced of its kind in the world and will provide a new layer of defense to the State of Israel and its citizens.”

The Arrow Weapon System is a major element of Israel’s multilayered missile defense array, forming the pinnacle of the aerial defense structure. It includes advanced radar systems, developed and produced by IAI subsidiary, Elta as well as a BMC system developed by Elbit Systems, and a Launch Array including interceptors produced by MLM (a subsidiary of IAI).

Defense industries Rafael and Tomer are also involved in the development and production of the Arrow interceptor. Arrow-2 has been operational since the year 2000, providing endo-exoatmospheric defense. Arrow-3, an exoatmospheric missile defense system, was delivered for operational use in 2017. It serves as the upper layer of Israel’s multi-tier missile defense array. Over the past few years, both interceptors were upgraded, and demonstrated excellent capabilities during successful tests held in Israel and in Alaska.