An Israeli father living with his family in the Woodland Hills section of Los Angeles found himself fighting off a wild coyote to save his daughter’s life in the front yard of his home this weekend.

Ariel Eliyahu had just brought his little girl home from preschool, pulling up in the driveway to let the toddler out. As she stood next to the car, the coyote lunged for the child, grabbing her by the leg.

Gripping her leg with its teeth, the animal tried to drag the little girl away as her father was unloading toys from the car.

Hearing her screams, Eliyahu raced to his daughter and managed to chase the animal away while screaming at it in Hebrew. When the coyote did not leave, he picked up his daughter and hurled a rock at the animal, which then ran away.

The little girl was taken to the emergency room at a local hospital, where she was treated for scratches, including “one that was quite deep” and abrasions on her face from being dragged by the animal. She also received a rabies shot.

The coyote later reappeared when a news crew arrived on location to film the site of the attack; Eliyahu and a neighbor chased it back into the bushes.

“Coyotes are a big problem in this area,” Patrick Foye of the California Wildlife Information Department told KTLA-5. “We’ve had reports of them going after pets as well.”

Authorities are searching for the coyote to match its DNA with the residue left when biting the toddler. 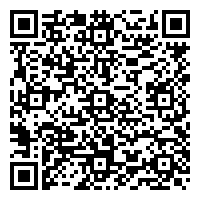