Moshe Gafni, the leader of the Ashkenazi Haredi party UTJ (United Torah Judaism) has made it clear that Benjamin Netanyahu will not be able to form a government if the new coalition does not guarantee a majority in the Knesset for a new law that will allow for the overturning of Supreme Court decisions. And he has also shown little patience for those who are implying that the religious parties – which will hold half of the seats in the expected new government of Israel – are somehow planning on usurping Israeli democracy.

Known as the “Override,” or “Overrule” law, the proposed new law would allow for an absolute majority of 61 or more members of the Knesset to vote to overturn a Supreme Court decision that nullified any law passed by the Knesset, no matter the reason. The religious parties want this law because in this way the governing coalition can overturn any ruling by the court as long as it maintains voting discipline among its members.

The religious parties have been especially critical of Israel’s Supreme Court for its rulings in recent years that contradicted the policies of the democratically elected official. For example, the court has voted to overturn military deferments for Haredi yeshiva students and also ruled that conversions performed in Israel by non-orthodox rabbis must be accepted by Israel’s Interior Ministry in the individual convert wishes to acquire Israeli citizenship under the law of return.

“If the Likud is not ready to commit to the passage of the ‘Override,’” declared Gafni, “with a majority of 61, we have nothing to look for in this government.”

Meanwhile, members of the outgoing government have criticized such new laws as undemocratic, pointing to the fact that they would make the court irrelevant if passed. But Moshe Gafni is not bothered by such criticisms.

“Whoever has a problem with the people’s choice [in the elections] should leave for France,” he said. 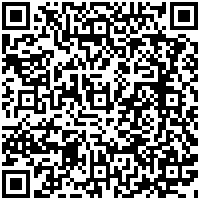