U.S. Sen. Elizabeth Warren (D-Mass.), elected in 2012, has become a rising star in the Democratic Party through her focus on economic and social issues like income inequality and taking on Wall Street banks, triggering a groundswell of progressive support and calls for her to run for president. But less is known about her views on foreign policy and, by extension, Israel.

Two recent moves by Warren may shed light on her outlook. She was one of four Democrats on the Senate Banking Committee to vote against the bipartisan Iran sanctions bill co-sponsored by Sens. Mark Kirk (R-Ill.) and Robert Menendez (D-N.J.), legislation that is strongly supported by the American Israel Public Affairs Committee. The bill, which would impose sanctions on Iran if it fails to reach an agreement with world powers by the June 30 deadline, passed the committee 18-4, with six Democrats supporting it.


Warren was also not among the 75 senators to sign a Jan. 29 bipartisan letter to Secretary of State John Kerry stating that the senators would not support foreign aid to the Palestinian Authority (PA) until the Obama administration completes a review of the Palestinians’ decision to unilaterally join the International Criminal Court.

“The best place for the pro-Israel community to be,” Troy told JNS, “is in a place where they have bipartisan support. … I would hope that Senator Warren would return to the bipartisan consensus position in the future.”

Additionally, last September Warren was not among the 88 senators who signed a letter calling for the prevention of both the re-arming of Hamas following the Gaza war and unilateral Palestinian Authority actions at the United Nations.

Warren now faces a decision on Israeli Prime Minister Benjamin Netanyahu’s much-debated March 3 address to a joint session of Congress, which the White House has opposed on the grounds it was not consulted about House Speaker John Boehner’s invitation to Netanyahu. Warren’s office told the Boston Globe she was disappointed with Boehner’s move. But her office did not directly respond to the newspaper’s question on whether she would attend the speech.

Joshua Muravchik, a fellow at the Foreign Policy Institute of Johns Hopkins University’s School of Advanced International Studies, believes Warren’s stances on Iran sanctions (which President Barack Obama has vowed to veto) and the Netanyahu speech represent a safe way to appease her far-left supporters.

“These are ways she signals to her base that she is not pro-Israel at very little political cost, since she is merely supporting the president,” Muravchik told JNS.

Last November, Warren made her first official trip abroad as a U.S. senator – to Israel, Jordan, and the Palestinian territories. For many potential presidential candidates or ambitious senators, visiting the Middle East to gain an understanding of the Arab-Israeli conflict is seen as an important milestone in becoming a legitimate contender for leadership posts.

“It didn’t surprise me that Warren went to Israel and had a schedule heavy with meetings, because that is how she approaches everything,” said Mary Anne Marsh, a Boston-based Democratic political analyst for the Dewey Square Group. Marsh, adding that Warren is all about “doing her homework.”

Warren has largely been mum on foreign policy issues since taking office. Yet she represents a state with one of the largest and most influential Jewish communities in the country, and Israel is an important issue for her constituency.

Jeremy Burton, executive director of the Jewish Community Relations Council (JCRC) of Greater Boston, told JNS that Warren’s decision to make Israel and Jordan her first overseas trip as a senator was a “fairly significant statement” about that region “being an issue that she is looking to understand and get to know herself.” 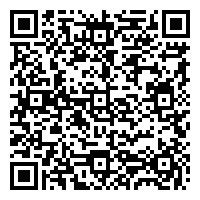