Israel’s High Court has ruled that Israeli Arab candidate Balad MK Hanin Zoabi can run for re-election — despite her numerous statements, and actions, in support of terrorists from the Palestinian Authority.

In addition, the Court ruled Israel’s electoral authority must also allow Yachad candidate Baruch Marzel to run in the country’s national election on March 17 as well.


A panel of nine judges voted 8-1 in favor of reinstating both, with Deputy Supreme Court President Elyakim Rubenstein as the sole dissenting justice. The decision on the matter was moved up due to the proximity of the election.

Zoabi had been disqualified from running for the Balad Knesset seat by an overwhelming majority of the Central Elections Committee. This is the second time the High Court has overturned such a decision; a similar move took place just prior to the election of 2013.

Adalah NGO attorney Hassan Jabareen argued before the Court that all six statements attributed to the Balad MK that were used to disqualify her from running would “fall apart” once they were “placed into context.” Zoabi, he said, would be found to exhibit a record of consistent opposition to violence once her statements were examined, despite her statements in support of the Palestinian Authority.

Considering the law – and only the law – meant Zoabi’s recent six-month suspension by the Knesset also had no bearing on the case, he added. The MK’s recent visit to Qatar likewise was ruled a non-issue, inasmuch as Qatar is not considered an enemy state: Israel and Qatar actually do trade with each other.

Although the state described the MK’s conduct as “very troubling” it found that in principle it was forced to agree with Jabareen that there was no legal basis for her disqualification.

Nevertheless, attorney Yoav Mani, arguing for Yisrael Beytenu, warned the Court was setting the bar at an unreachable “high” in terms of the standard for evidence for disqualification. “When do you decide that enough is enough?” he asked. It was not about what the MK would do, Mani said – “say you’re against [her views] because they’re against who we are!”

Arguments for and against the disqualification of Baruch Marzel, candidate for the Yachad faction, were equally fierce.

Attorney Itamar Ben-Gvir argued – as had Zoabi’s lawyer – that Marzel’s statements had largely been taken out of context, and in some cases “he didn’t say them at all!”

He also contended that saying “Kahane was right” did not constitute a crime, nor did it violate the standard for election law violation. Marzel, once a member and leader in the banned “Kach” movement, had changed over the years, Ben-Gvir argued – but public and court opinion may not take that into account, with memory casting its long shadows back into the past instead.

A statement by Marzel made after an attack on a Jerusalem school that focuses efforts on co-existence was examined: the Court questioned its “anti-Arab” tone while Ben-Gvir said the intent was an expression of doubt that co-existence is possible today.

As with Zoabi, Rubinstein dissented, saying it seems likely Marzel has not changed at all. “If it walks and talks like a duck, why isn’t it a duck?” the judge asked.

Nevertheless, both candidates, seen as extremists by each others’ constituencies, are back in the race and will run for election with their parties on March 17. 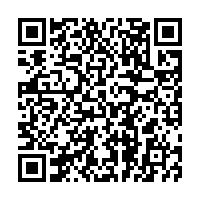