As silver trumpets rang out and snowflakes drifted down, Minnesota Senator Amy Klobuchar announced to those gathered for the presidential inauguration that this was a day of historic “firsts.”

Below is 2021 Presidential Inauguration Ceremony.

The first Latina to be named to the bench of the nation’s Supreme Court, the Honorable Associate Justice Sonia Sotomayor, would swear into office the first woman and first person of color to be elected to the office of Vice President of the United States, California Senator Kamala Harris, now Vice President Kamala Harris.

Below is C-Span’s LIVE coverage of the day’s events.

The man who made that possible, newly inaugurated President Joe Biden, devoted the bulk of his first address to the nation to the issue of unity, once he was sworn into office by Chief Justice John Roberts on an heirloom family Bible that dated back more than a century.

“This is America’s day,” he began, with his signature optimism. “This is democracy’s day. “We come together as one nation, under God, indivisible. A day of history and hope and renewal and resolve.

“I know the forces that divide us are deep and they are real,” he said. “But . . . our better angels have always prevailed… and we can do that now. We can see each other not as enemies but as neighbors,” Biden urged.

“My fellow Americans, we have to be better than this. Disagreement must not lead to disunion.”

The Evidence Against Frontier Airlines Is Compelling 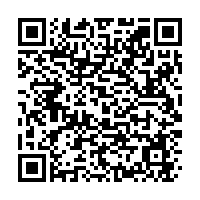