It’s not that PA President Abbas expects anyone to believe that the Palestinians have achieved the unity between Fatah and Hamas necessary for serious talks, but he is indicating sufficient suggestion of light at the end of the tunnel to allow Washington officials to fool themselves should they so desire. It is the same-old, same-old to get Israel into the room, with interlocutors like the U.S. running interference for the Palestinians.


But the issues that have thwarted elections till now remain to be resolved. Thus, Fatah may speak for the Palestinians on the West Bank but most certainly does not speak for those in Gaza. Hamas controls Gaza but has no say in the West Bank.

While Fatah’s claim to wanting peace with Israel is out there – which is laughable considering what’s taught in PA schools and on PA TV – Hamas still publicly denies the legitimacy of Israel and is publicly committed to the destruction of the Jewish state.

And the United States and the European Union consider Hamas a terrorist organization entity and several years ago refused to work with a purported Fatah/Hamas unity government.

According to The New York Times, Ghaith al-Omari, a former adviser to Abbas and a fellow at the Washington Institute for Near East Policy, said about the proposed election, “These decrees are just a maneuver to buy time. The deep suspicion between Abbas and Hamas still holds, and the reasons that have prevented elections in the past are still unchanged.”

Ghassan Khatib, political scientist at Birzeit University in the West Bank, said it quite to the point:

How are we going to conduct an election where the political system is divided completely into two separate election systems, two judicial systems, two security apparatuses, two everythings? That’s the question everyone is asking.

Of course, if Biden took an unbiased approach to Middle East peace, he would recognize – as did President Trump – the wisdom in abandoning the notion of a two-state solution negotiated by Israel and the Palestinians as equal negotiating partners. They are just not the same in terms of all the criteria that have driven geopolitics for hundreds of years.

But the chances of Biden embracing of Trump’s plan with its recognition of Israeli dominance and the futility of seeking a two-state solution are remote. At all events, Biden would do well to be very skeptical of what Abbas is offering. 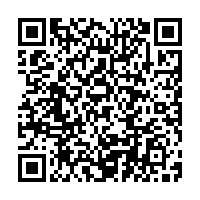