Security was tight as the proverbial drum this year as some 40,000 marchers — many garbed in the Israeli flag colors of blue and white — stepped off under cloudy skies in New York City for the 54th annual Celebrate Israel Parade this Sunday.

One thousand NYPD police officers were deployed to secure the event, stationed all along the route that stretched from 57th Street north to 74th Street along iconic Fifth Avenue. There were sharpshooters on rooftops, police with bomb-sniffing dogs and special police technicians wielding radiation detection devices — all that, in addition to the dozens of sanitation trucks filled with tons of sand parked along the route, blocking access to prevent vehicle ramming terror attacks.


But the parade went smoothly and safely and even the weather cleared up with nary a sprinkle, although the brisk temperatures made the marching far easier for some, and chillier for others.

With a wealth of honorary Grand Marshals gracing the parade, nearly half a million spectators had plenty of top-flight marchers to feast their eyes upon, not to mention the outstanding marching bands who came to show their solidarity with the State of Israel. At least 20 delegations came from New Jersey alone, but there were groups who came from as far away as Pennsylvania and yes, even Israel.

The theme of this year’s parade was “70 and Sababa!” (70 and Awesome!) to express just how far the Jewish State has come since her rebirth in 1948 and just how awesome her accomplishments truly are.

“In just 70 years, this tiny, arid country with few natural resources, has grown, developed, and prospered beyond belief and expectation. With incredible landscapes and seascapes, gigantic skyscrapers and beautiful cities, amazing technological, medical and agricultural advancements, Israelis have been at the forefront of it all, and the whole world has benefited,” parade organizers explained on the Celebrate Israel NY website.

Perhaps Dr. Ruth Westheimer — a perennial favorite participant at the parade — praised the police for their vigilance, and said that was the hallmark of Israel, which she said was the perfect way to describe the state.

“Seventy years ago on this date, I was in the Hagana, I was badly wounded, both my legs were injured,” she said. “But I just got back from Israel — I go every year — and today I stood for an hour in a very fancy car waving to people. “L’chaim is a wonderful expression,” she remarked, “it’s a wonderful way of telling everyone that Israel lives, and that we have to be vigilant.” She smiled. “You know, I was there on that day when Israel was born,” she added. “I was there dancing the whole night, I heard Ben Gurion speak and I didn’t sleep the whole night.”

Israel, she said, is forever new, and fresh, and special. Westheimer — who celebrates her 90th birthday the day after the parade — said she has stayed young because she continues to work as a professor at Columbia University. “The secret is not to retire,” she grinned impishly, “Rewire! I’ll be dancing at my birthday celebration!”

Westheimer joked that next year she’ll be riding a motorcycle in the parade. 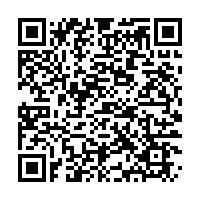