Israel is in advanced negotiations to authorized some 400 Arab-Israeli merchants and business owners to enter Gaza in an attempt to boost the local economy.

The permit was granted last Thursday; business merchants in Gaza have called it a welcome step to help move the Gaza market, according to Hebrew-language news reporter Gal Berger, on the Kann News network.

“Assistance to the Gaza Strip entails constant calculated risk management,” says the IDF Coordinator of Government Activities in the Territories in a statement on the COGAT website. On the one hand, Israel provides humanitarian assistance to the residents of the enclave. Simultaneously it contends with the region’s ruling Hamas terrorist organization, which attempts to exploit the aid intended for Gaza’s civilian residents.

The Kerem Shalom Crossing, which Hamas terrorists have repeatedly damaged and have tried to destroy in the past two months during the weekly border violence, is used as an entry and exit point for various goods for the enclave.

“On a daily basis materials including food, furniture, medical equipment and medicines, electronic appliances, building materials, etc. are transferred into Gaza. Additionally, in order to assist the local economy, the goods produced inside Gaza are exported through the crossing. Exports include agricultural produce, textiles, iron, among others and are sold in the Judea and Samaria region, in Israel, and around the world,” according to the COGAT site. 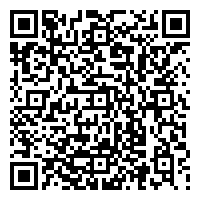