A 30-year-old man was arraigned last Friday on a 76-count indictment in connection with attacks on four synagogues in the Riverdale section of Bronx, New York City. Several the accusations were charged as hate crimes, which could carry higher sentences as well as fines.


Burnette is accused of smashing windows with rocks, stealing a bicycle, damaging religious books and wreaking destruction this past April over a three-day period at Riverdale Jewish Center, Chabad Lubavitch of Riverdale at West 236th Street, Young Israel of Riverdale and Conservative Synagogue Adath Israel of Riverdale. The last attack was on May 1.

“With antisemitism on the rise, unfortunately some cowards, some deranged people, are just following along with other anti-Semites,” Chabad Lubavitch Rabbi Levi Shemtov told The Riverdale Press at the time. “I just hope we catch them right away, and there are no copycats.”

“To our Bronx Jewish community, we support you. We are also horrified about these attacks. We live in a vibrant, diverse community, and we are united against these appalling acts.”

Although Burnette was arrested, he was released back to his home under “supervised release” to await trial, which is not scheduled to begin until January 2022. 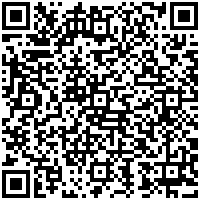