Dr. Dovid Schwartz, who is seeking a preliminary injunction against New York City’s Local Law 22, appeared in federal court in Brooklyn on Wednesday along with a legal team provided by the Christian non-profit Alliance Defending Freedom and about 50 supporters.

Local Law 22 was updated in 2018 to outlaw therapy intended to change a patient’s sexual orientation or gender identity and assigns escalating fines of up to $10,000 per offense. Schwartz, an Orthodox Jew who believes his therapy is capable of suppressing same-sex attraction, argued that the law abrogates his religious liberty.

His lead attorney, Roger G. Brooks of the ADF, told The Jewish Press that he has worked on behalf of numerous Jewish clients before and is passionate about what he called “this outrage against free speech.” This law, he said, hurts patients whose religious beliefs lead them to seek these treatments and is “just cruel.” He said he was excited when Schwartz reached out to ask for help in challenging the law.

Leading medical and psychiatric associations in the United States have condemned conversion therapy, but Schwartz’s lawyers argue that the new law is too expansive, and that his particular form of treatment is not harmful. “I think this issue has been extremely politicized within these medical organizations,” said Brooks. “These resolutions are based on opinion rather than scientific fact.” He added, “The science that exists doesn’t establish a proof of harm” for the type of therapy that Schwartz does.

Schwartz’s therapy, Brooks said, consists of talking to gay patients about their desires and helping them find a way to live under Jewish law which does not permit same-sex relations. In a letter to The Jewish Press, Schwartz asserted that he had “successfully treated some patients with [same-sex attraction] struggling to overcome this problem.” The solution, he says, is “plain hardworking therapy.”

The case was assigned to Judge Raymond J. Dearie of the Eastern District of New York. “This is not an easy area of the law,” said the judge, “These are very difficult issues.” Yet, if either side convinces on the scientific evidence, “the issue will be easily resolved.”

Lawyers for Schwartz left the hearing upbeat and told press outside to expect a decision within a few months. 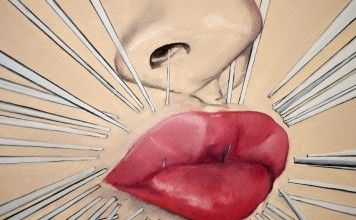