In 2009, the late Saudi King Abdullah bin Abdel Aziz announced his country’s decision to donate $1 billion to contribute to the reconstruction of the Gaza Strip.

The monarch made his announcement during an Arab economic conference in Kuwait. The Saudi pledge never materialized, mainly because of the continued dispute between the Hamas rulers of the Gaza Strip and Mahmoud Abbas’s Palestinian Authority (PA) in the West Bank.

The king undoubtedly had good intentions and sought to help his Palestinian brothers, especially the two million residents of the Gaza Strip who remain in dire need of financial and economic assistance.

When King Abdullah bin Abdel Aziz died six years later, the Palestinians did not hesitate to show their contempt for the Arab leader who had offered to help improve their living conditions and ensure a better future for Palestinian children.

The contempt was so intense that Palestinian worshippers at Al-Aqsa Mosque in Jerusalem booed down a preacher, Ismail Nawahdeh, who mourned the death of the Saudi king. As Nawahdeh read the statement, hundreds of Palestinians began shouting slogans denouncing the late monarch.

A decade has passed since King Abdullah bin Abdel Aziz offered the $1 billion donation to the Gaza Strip, but it seems that nothing has changed in the world of the Palestinians. The Palestinians are now incensed with Saudi Arabia and some other Arab states for agreeing to attend a US-led conference in Bahrain. The main purpose of the conference, held under the banner “Peace to Prosperity,” is to help the Palestinians build a prosperous and vibrant society. “With the potential to facilitate more than $50 billion in new investment over 10 years, the plan presents the most ambitious and comprehensive international effort for the Palestinian people to date,” according to the plan, which was released on June 22 and will be presented to participants of the Bahrain economic conference.

In the past week, Palestinian officials and factions were unanimous in making a last-minute appeal to the Arab states to heed the Palestinian call for boycotting the economic conference in Manama, Bahrain. The largest Palestinian faction, Fatah, headed by Mahmoud Abbas, said in several statements that anyone who attends the conference would be considered a traitor. Fatah also went a step further by urging Arabs to stage demonstrations in front of Bahrain’s embassies in their capitals.

The Palestinian strategy is clear: to incite the Arab masses against their leaders and governments. The Palestinian attacks are no longer directed against US President Donald Trump and his “Zionist” advisers, Jared Kushner and Jason Greenblatt and US Ambassador to Israel David Friedman. Now the targets are the Arab heads of state, particularly those who are seen by Palestinians are being in collusion with Israel and the Trump administration.

The late Saudi King Abdullah bin Abdel Aziz, despite his desire and ambition to help the Palestinians have better lives, was ridiculed after his death. The Palestinian refusal to mourn him during Muslim prayer at Al-Aqsa Mosque is the most degrading act a Muslim can perform against a fellow Muslim.

It is as if the Palestinians were saying that King Abdullah bin Abdel Aziz was a bad Muslim and a traitor — and, as such, he did not deserve to be honored in a mosque. Such disgrace is generally reserved for Muslims who commit the most serious sins and crimes.

The Arabs, however, seem to have become familiar with Palestinian tactics and, other than lip service, they are not poised to part with their money in the near future in favor of the Palestinians.

On June 23, Arab foreign ministers were scheduled to meet in Cairo to discuss the Palestinian appeal for a “financial security net” from the Arab states, on the pretext that Abbas and his government are facing a severe financial crisis and are unable to pay full salaries to their employees. This is not the first time that most of the Arab states meet to discuss the “financial crisis” facing the Palestinians.

The Palestinians, for their part, are not pinning high hopes on the Arabs, particularly in light of the Arabs’ failure to fulfill previous promises of financial aid. The Palestinians are asking the Arabs to give them $100 million each month to help them “face political and financial pressure” from Israel and the US administration.

In the coming days, the Palestinians are expected to step up their attacks and denunciations of the Arab states for being in collusion with Israel and the Trump administration. Mass protests planned in the West Bank and Gaza Strip during the meeting of the conference in Bahrain will also see Palestinians strongly condemning Arab “traitors” who attended the economic workshop.

The Palestinians realize that some of the key Arab countries, including Saudi Arabia, Egypt, Jordan and the United Arab Emirates, are no longer prepared to wait for them and have decided to board the train whose final destination is prosperity and economic opportunities for both Palestinians and Arabs.

The Bahrain conference could mark the beginning of a “divorce” between the Palestinians and many Arab countries. The Palestinians may soon discover that their Arab brothers have priorities that supersede the Palestinians’ everlasting financial self-immolation, priorities such as the Iran threat and their own new economic uncertainty.

The Palestinians had nothing to lose by attending the Bahrain conference or accepting the economic plan. Instead, they chose to reject the billions of dollars the US economic plan is offering them and incite their people against Israel and the Trump administration. Even more serious is the Palestinian effort to incite Arab masses against their leaders – a step that is sure to aggravate tensions between the Palestinians and the Arab world.

In a scenario that is best characterized as bizarre, the Palestinians’ denunciation of Arab heads of state as traitors comes at the very moment that they are banging down their doors, begging for cash.

The decision of six Arab states to attend the Bahrain conference despite the Palestinian boycott call shows that the Arabs have chosen to endorse a new direction – one that will leave the Palestinians to fend for themselves in a hell of their own making. For their choice to thumb their noses not only at the US but also at influential Arab states, the Palestinians are likely to emerge as the biggest losers. 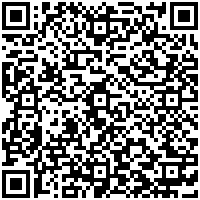