The New York State Conservative Party is out with its scorecard of legislative successes and failures. The ratings are based on 25 bills party officials deemed were in line with or against their principles and urged lawmakers to either support or oppose those measures. Of the 25 bills only four measures were supported by the state Conservative Party’s leadership.

Of the 150 members in the State Assembly only 46 members received Conservative Party backing in the 2018 election. There are 23 members of the lower house who are Jewish or represent primarily Jewish constituents. Of those 23, only one, Simcha Eichenstein, a freshman Democrat, had a low voting score of 40%. He voted with the Conservative Party on only 10 of their 25 bills.

State Conservative Party Chairman Gerard Kassar of Brooklyn tells The Jewish Press that just because Eichenstein’s votes don’t follow his conservative leanings it is important to have a Conservative-endorsed Democrat in the Assembly.

“He has been outspoken on a number of Conservative issues and as such can be a good foil to the Liberal Speaker in the Democratic Party conference where I am told he often speaks up,” Kassar said. “He is also in a heavily Democratic community and has a voting record far to the right of most every Democrat in the Assembly.”

Among Jewish lawmakers, Assemblywoman Melissa “Missy” Miller (R – Atlantic Beach, Nassau County) brought in a 56% rating even though she missed four votes important to the Conservative Party plank. The other Jewish lawmakers followed by The Jewish Press brought in scores ranging from 8% to 36%.

There are two Assembly Democrats, Carrie Woerner (D – Round Lake, Saratoga County) who had a 56% voting record aligned with the Conservative Party platform and Angelo Santabarbara (D – Rotterdam, Schenectady County) who garnered a 60% correct voting record in this year’s session, yet they did not receive or did not seek Conservative Party backing.

In the State Senate, 23 of the 63 members receive the Conservative Party endorsement. The Jewish Press follows 11 members who are Jewish or have a primarily Jewish constituency. Nine of the 11 Senators, all Democrats, had a ranking ranging from 12% to 20%. Senator Michael Ranzenhofer (R – Amherst, Erie County), who has decided to hang it up and retire after this legislative session, scored a 96% pro-Conservative voting record. Senator Simcha Felder (D – Boro Park/Midwood, Brooklyn), voted correctly on the issues important to the Conservatives 36% of the time.

The low percentage rating this year for Felder comes at a time when Felder broke ranks with the Republican Caucus and found he did not have a home amongst Democrats. Opposing many of the Conservative-backed measures this session, found Felder acting more like a Democrat, possibly to try to curry favor and get back in the good graces of the majority party.

“Simcha, despite this percentage, is quite conservative,” Kassar noted. “In fact two or three cycles ago he received a state party award for having the highest voting record. The Brooklyn Chairwoman, Fran Vella Martine, and her committee met with Felder a few weeks ago and interviewed him regarding an endorsement for next year. I was not present but she told me his record in 2019 came under heavy discussion and they were satisfied with his answers.”

Overall, with a more Liberal-leaning state legislature, Kassar says his ranks will not die off like the Liberal Party did almost two decades ago.

Jim Malatras, president of Saratoga County-based SUNY Empire State College – formerly the president of the Albany-based Nelson A. Rockefeller Institute of Government, who has held several high-ranking positions in New York State government, including director of state operations to Governor Andrew Cuomo, where he managed the day-to-day operation of state government and served as the administration’s point person on policy – has successfully gone through the formalities of converting to Judaism.

“It was an important thing for me,” Malatras told The Jewish Press. “My wife is Jewish and before we got married I thought it was important to share the same religious home. But that wasn’t my only motivating factor. Before we got married we were dating in high school and her parents were very much like my parents. It was an important value for them. They weren’t overly religious but they felt the cultural part of Judaism was important. The social justice element of Tikkun Olam was truly and deeply important and it was embedded in me. So I thought it was an important thing when we were creating a home and family to go through the experience. I felt like I was already there anyway so why not take the extra step and do it.”

Malatras, 42, comes from a unique religious household. His father was Greek Orthodox, his mother was Unitarian.

“So I already came from this unusual background anyway. Unitarian is a very progressive faith as it is. What I liked about the Unitarian faith was its value on social justice and community engagement and things like that.”

The conversion was through the oversight and auspices of a reform synagogue in Albany, Congregation Beth Emeth, the fourth oldest reform congregation in the country.

“I went through the whole conversion process,” Malatras, said. “I went through the year, year and a half long course at Temple Israel, a conservative synagogue in Albany. You go to the mikveh. You had to go through your adult version of Hebrew school. You go through the entire ceremony. I call it the big boy bar mitzvah. I love that engagement though, working with the rabbi, working with the religious staff of the temple and being part of that. When I had more time I would sing in the synagogue’s chorale, sing on the High Holy days. I’m a baritone-tenor.”

Even before his conversion he would attend services at Beth Emeth with his wife, Jennifer, for the past 15 years. Now they have two children, Ella, 2, and Max, 7.

“Max just began Hebrew school. On the holidays they go with us and participate in the religious programs for children,” Malatras added.

The conversion to Judaism sharpened the lens from which Malatras sees the world.

“I have found, that given the turmoil and tumult that we’re feeling in this world right now, as a person who is not Jewish, anti-Semitism, it says something to you but you don’t live it,” Malatras said. “Now that I’m converted, it can be damn scary. With children, you drop them off at religious school you don’t know what’s going to happen but I think here (in Albany), we have such a robust community you feel at ease. You feel that there is an understanding and tolerance or at least on this side of the river it’s nice to have that type of community here.” 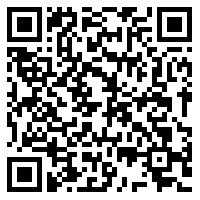