New York City Mayor Bill De Blasio announced Wednesday at a news conference he has instructed security personnel to raise the city’s alert level to “high alert” in the wake of Tuesday’s shooting attack targeting a kosher supermarket in Jersey City, New Jersey. He added that “hundreds” of NYPD officers have been deployed to protect “crucial” Jewish community locations and that additional measures are to be expected in the coming days.

Police Chief Dermot Shea expressed “absolute concern” about the real possibility that others might attempt copycat attacks in the wake of Tuesday’s shooting. He added, however, that the NYPD has made preparations to deal with any potential situations that might come up.

De Blasio said that although the investigation into Tuesday’s attack was still in its preliminary stages, “It is enough to tell us that this was an act of hate and an act of terror.”

The mayor said the attack — which left a 15-year veteran of the Jersey City police force and three Jewish residents dead, plus numerous others wounded — confirmed “a sad truth.

“Now we have seen this extraordinarily, extreme form of violence reach the doorstep of New York City, and we have to take that as a warning sign.

We have to understand as I have heard from so many members of the Jewish community, that people are now living in constant fear.

“Members of the Jewish community have now told me they no longer feel comfortable wearing anything that is a symbol of their faith for fear of an attack. That is absolutely unacceptable in a free society; that anyone should have to feel that way, from any faith or any background.

“It’s a national problem unquestionably but it’s here now and we have to recognize that this is a crisis. There’s been an uptick in hate crimes in this city directed against the Jewish community, some acts of vandalism and hateful symbolism but some physical assaults.

“Until yesterday we had not seen in the New York metropolitan area for many years the level of violence directed at the Jewish community that we saw in Jersey City.

“And so we have to understand we’ve entered a new reality. No one is happy about it but we have to be honest about it.

He was also the first to finally use the word “terror” as well.

“In other words, you can say it was an act of terror, because it was premeditated, because it was violent, because it was directed at the Jewish community,” he said bluntly. It was not clear, however, whether the attack had been formally classified as a hate crime, and/or a terror attack, by the New Jersey State Attorney General’s Office who is handling the investigation.

“There’s still a lot we need to know. The investigation is preliminary and we only have some of the picture of what happened in Jersey City.

“But it is enough to tell us that this was an act of hate and an act of terror,” De Blasio said.

“History teaches us to take these warning signs seriously and we in New York City have to lead. We have to show our country what a vigorous response looks like — and it will have to go farther than anything we’ve done previously.

“So to the members of the Jewish community of this city, my message is, we will keep you safe. We will use the largest and best police force in this nation to protect you but we’re going to have to do a lot more at the community level to engage community members and community leaders of all communities in common cause to root out hate.” 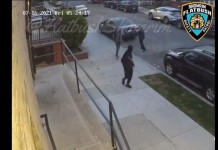 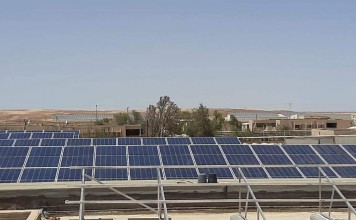 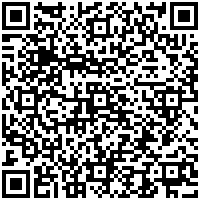