No Jews on State’s Highest Court


On June 8, the state Senate confirmed the appointment of two new associate judges to the Court of Appeals. The confirmation came after the New York Commission on Judicial Nomination gave Governor Andrew Cuomo a list of qualified candidates to fill the two slots. Only one Jewish candidate appeared on the list.

Associate Judge Paul Feinman was replaced after his retirement by the Hon. Anthony Cannataro, a resident of Washington Heights. Cannataro, 56, is the second openly gay judge to sit on the high court. Feinman was the first.

Upon the retirement of Judge Leslie Stein, 65, of Albany, the Hon. Madeline Singas, a former Nassau County district attorney, was chosen for the high court. Singas, 55, is the daughter of Greek immigrants and lives in Manhasset, Nassau County. She is the eighth woman to sit on the court since the first woman, Judith Kaye, was appointed in 1983.

Next year, with the pending retirement of Justice Eugene Fahey of Buffalo, Cuomo gets to fill another position on the Court of Appeals. Fahey will turn 70 (the mandatory retirement age for judges) in September and will step down from the court at the end of the year.

New York’s attempt to stop the spread of Covid-19 has been working since vaccines became available. During the first 20 days of June averaged of 10 deaths per day; in May, the average was 22 deaths per day; and in April there were nearly 48 deaths per day on average.

On June 15, with fewer people being hospitalized and the number of deaths from the virus plummeting, Governor Cuomo declared that New York has recovered and that life can go back to normal. Well, almost normal. Only 70 percent of the state’s residents have had at least one dose of the vaccine. Cuomo said residents in many Orthodox Jewish neighborhoods have not been getting vaccinated in Brooklyn and Queens, as well as in Rockland and Orange counties.

The state capitol and the Albany government complex have been open to the public, but state workers have not returned to their offices full time across the state. The New York State Fair will be open in August, to 100 percent capacity, as will many other attractions across the state.

Since the pandemic has been declared over, many voices have called for state lawmakers to rescind the governor’s emergency powers. The governor has not voluntarily given up his powers and has not spoken about why he is reluctant to do so.

Meanwhile, state Republicans are finding themselves between a rock and a hard place when it comes to next year’s gubernatorial race. Suffolk County Congressman Lee Zeldin, 41, appears to be the hands-on favorite to snag the Republican and Conservative parties nod as their endorsed candidate. Cuomo is likely to be his party’s choice for a fourth term even though he is under several investigations by the state Attorney General’s office, state legislature and the federal government.

While Zeldin is the party favorite, former Westchester County Executive Rob Astorino is also seeking the Republican line. He told The Jewish Press he plans to bypass the convention process planned for next February and go the petition route to gather the 15,000 necessary signatures, with at least 100 signatures coming from at least half of New York’s 27 congressional districts. Candidates usually gather three times as many of the minimal number of signatures to prevent challenges waged by opponents or their surrogates.

If Astorino happens to win the June 2022 Republican primary he could wind up being a spoiler. Conservative Party Chairman Jerry Kassar said he would not give Astorino permission to run on the Conservative Party line as a Republican. The permission is called a Wilson-Pakula, an authorization given by a political party to a candidate for public office allowing the candidate not enrolled with that party to run as its candidate in a given election. Kassar says he will only give the Wilson-Pakula to Zeldin because more than 80 percent of the county committees have endorsed Zeldin.

With an Astorino victory in June, this would set up a contest placing Astorino on the Republican line, Zeldin on the Conservative line and Cuomo, with more than a $16 million war chest, on the Democratic line.

On Monday, June 28, Republican chairmen from across the state will gather in Albany for a meeting to discuss this sticky situation. Langworthy said the county chairmen will take a non-binding straw poll to indicate their choice for governor, prior to the February 2022 convention.

A meeting like this is rare, sending a strong message in favor of narrowing the playing field and forcing major contenders, like Astorino, to reconsider their strategy. 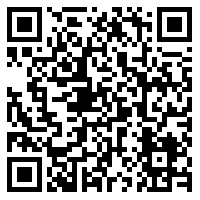