This brings to mind a quote from the classic 1942 film “Casablanca,” in the scene where Rick’s Café is closed by Captain Renault. Renault has no real grounds for closing the café but has been ordered to do so by the Nazis. He uses gambling on the premises as his pretense, despite the fact that he has been a regular participant. The exchange goes:

Captain Louis Renault to Rick Blaine: “I am shocked, shocked to find that gambling is going on in here.”

Cashier at Casino: “Your winnings, sir.”

It’s been picked up as a phrase used when someone hypocritically claims to be surprised by something they knew full well was happening and possibly even participated in.

The parallel is apt because the governor has volunteer and paid community liaisons who are supposed to have eyes and ears on the ground on behalf of the governor connecting with local communities. Those people are supposed to be the link intended to inform the governor and his inner circle of widespread offenses, such as not wearing masks and not social distancing. Quite frankly a person doesn’t need scientific results to emerge when such violations are widespread. Anecdotal evidence and photos sometimes say more about an individual’s knowledge than numbers derived by scientific evidence.

The governor keeps telling anyone who will listen how close his father and he have been toward members of the Orthodox Jewish community for more than 30 years. The governor has to understand what was true once may not be true today. There are new people on the scene leading the Orthodox Jewish community and the bonds are not the same today as they once were during a simpler time. Those Cuomo supporters have either passed away or are not supporting him as vigorously today as in years past.

On a personal note, a visit to Rockland County’s Monsey and Spring Valley Jewish communities demonstrated to me how easy it is to find people not wearing masks in grocery stores and bakeries, even though the sound system in the establishments tell people to wear masks. The store aisles are also narrow so that social distancing is not possible. There is no limit on the number of people allowed in the supermarkets and bakeries. People shopping are on their cell phones and bumping into carts and each other, not watching where they are going.

Walking along the streets of Borough Park, Brooklyn, people are not wearing masks in the streets or while on bicycles.

For the governor not to know about this and then complain that he was shocked the Orthodox Jewish community never followed the rules and regulations he set down, that synagogues and catering halls are overcrowded, comes across as being a bit disingenuous.

On the other hand, the Orthodox Jewish community has to show more respect and restraint when it comes to authority figures such as the governor and law enforcement, people who want to help keep others safe from contracting the virus.

Last month the governor said he brought together high-ranking members of the Orthodox Jewish community to ask for their assistance with enforcement and compliance. The governor’s office refused to disclose who he spoke with on the conference call. The feedback I eventually received from a few people on the conference call was that it was mostly a monologue from the governor and not a dialogue. The callers were also upset that the parameters laid out in the morning call changed a great deal when Cuomo gave his presentation to the media that afternoon.

The governor has been known to be a bully. When he said earlier this month that he will withhold money from religious schools if they do not comply with his orders, that is a bully pulpit he is speaking from. The governor acknowledged he has been generous in previous budgets to the Orthodox Jewish community, giving millions of dollars for security upgrades and educational assistance. To give and then threaten to rescind those budget items codified in law was seen as a direct threat to the Jewish community.

This change was compounded by many other sleights felt by the Orthodox Jewish community in recent months.

Major movers and shakers who are overnight camp operators lost millions of dollars when the governor issued his dictum to only allow day camps in New York state.

The isolation felt by many in the Orthodox Jewish community during Passover in April and Shavuos in June has led to a further sense of frustration.

The governor is proud to tell local officials that if constituents are upset he should be blamed. Well, governor, the recent demonstrations in the streets of Borough Park are good people blaming you as a means of protesting your orders.

The governor rationalizes all this by saying this is Covid-19 fatigue. People are tired of staying home and curtailing their involvement with others.

The governor’s 30-plus year bond with the Orthodox Jewish community is dwindling right before his eyes. While the voting population may be small they do go to the polls in strong numbers.

For a governor who is known to be compassionate, loving, trustworthy, smart and disciplined he falls short keeping us all united. 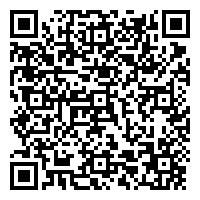