Ofsted chief inspector Amanda Spielman told London’s Tiferes Shlomo Boys’ School head Eli Spitzer that there was “literally nothing more” she could do to be flexible about allowing charedi schools to opt out of LGBT education.

In a podcast with Spitzer, she claimed that charedim wanted “a group opt-out from the law.” She said, “I absolutely do recognize the depths of discomfort around this, yet at the same time there is literally nothing more that I could do to be flexible.”


She added, “I don’t agree with every law that sits on the statute books, but I have to accept the ones I don’t like. We are at the level of a very deep disagreement of what the state is, and the extent to which there should be opt-outs on the grounds of religion or anything else.”

Values Foundation director Judith Nemeth told the Jewish Press, “It is not only the strictly Orthodox schools that want an ‘opt-out’ from many of these edicts that emanate from the Department for Education and Ofsted.

“Most parents in modern Britain are going about their daily lives with the subconscious assurance that they can educate their children in the manner they wish. However, Amanda Spielman has taken it on herself, in the leadership of Ofsted, to impose her and her [LGBT] colleagues’ interpretation of both equality law and public sector equality duty in education that are antithetical to many UK parents’ wishes.”

Former British Chief Rabbi Lord Sacks has been diagnosed with cancer after having fought off the disease twice before.

Lord Sacks’ office said that he “remains positive and upbeat and will now spend a period of time focused on the treatment that he is receiving from his excellent medical team. He is looking forward to returning to work as soon as possible.”

The Board of Deputies has succeeded in persuading the government to allow 15 people, plus a rabbi and/or chazan to attend a stone setting. Last month’s new coronavirus rules had limited the number to six – meaning, there was no possibility of a minyan.

BoD president Marie van der Zyl welcomed the decision, saying, “Since the seemingly anomalous decision to allow only six people to attend stone settings, while up to 15 people were allowed to attend funerals, we have asked government for a consistent approach that will allow a minyan and additional close friends and family to attend stone settings and give comfort to mourners. We are grateful to the government for its compassion in heeding this advice.”

She added, “Nonetheless, this thoughtful concession should give no room for complacency. With the alarming rise in the infection rate, we urge the community to be meticulous in observing social distancing regulations at cemeteries, as in all other places.”

Ministers will only be allowed into the shul to broadcast services, such as pre-Shabbat Kabbalat Shabbat and a Sunday morning tefillin club.

London’s Agudas Israel Housing Association (AHIA) has won a landmark Supreme Court case, which will allow them to legally prioritize members of the Orthodox Jewish community.

The court dismissed an appeal by a non-Jewish mother of four, who argued that the AHIA had illegally discriminated against her and her family. Despite having the “highest possible need,” she was denied AIHA housing by London’s Hackney Council.

The case has in British court for the last two years. 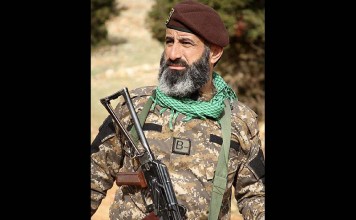 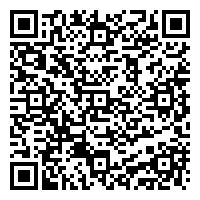