In an ironic twist, Governor Andrew Cuomo, who has been a longtime defender of women’s rights, at least on paper, and signing some of the most significant pieces of women’s rights legislation, has stepped down from office as of August 24 due to a sexual harassment scandal. Succeeding the governor will be Kathy Hochul of Buffalo. She becomes the first female governor in New York state when she is sworn into office later this month.

Cuomo, 63, called the process that brought him down political.


“The best way I can help now is if I step aside and let the government get back to government and therefore, that’s what I’ll do,” Cuomo said after his counsel, Rita Glavin, gave a blistering recitation of inaccuracies and omissions she cited in the attorney general’s report.

The state legislature might continue with its impeachment proceedings, costing the taxpayers millions of dollars, in an effort to prevent Cuomo from holding statewide office again.

The Assembly Judiciary committee decided Monday, before Cuomo issued his resignation, to go further than the attorney general’s report did earlier this month.

“As part of the committees’ analysis of the sexual harassment allegations, it will review every detail in the AGs report and the related evidence. These will be independent and expeditious investigations,” said Assemblyman Charles Lavine (D-Great Neck, Nassau County) the Judiciary committee chairman. “Allegations of sexual misconduct and related retaliation documented in the AGs report will be reviewed. Allegations concerning COVID-19 and nursing homes (will be included in the review), allegations that he provided for preferential access to COVID-19 testing to certain friends and/or family members, and allegations that the governor improperly used state resources to write and produce a book.”

Lavine also used a word from the state Constitution that most have not heard in generations: “malversations,” meaning, “You don’t need to be convicted of a felony or a misdemeanor to be involved in public corruption.”

Many assemblymembers want to move forward with the impeachment proceeding.

“If I were an assemblymember not sitting on the committee I would demand that,” said Assemblyman Thomas Abinanti (D-Greenburgh, Westchester County). “I would say, ‘What happened? Tell me what happened? Did the governor abuse his office in any one or all four of these areas so that it justifies articles of impeachment, which can be sustained in a trial before the Court of Impeachment in the Senate?’

“We are going to make sure that if we vote for the Articles of Impeachment there is a solid basis for those Articles of Impeachment. It doesn’t mean that all of these allegations are true or that it rises to a level of an impeachable offense. The assembly is acting as the Grand Jury and the prosecutors. We have to sit back and ask, can we actually make a case out of this? Are there witnesses who can prove this stuff? We may believe something to be bad. We may believe that some person did something. Can we prove it? Can we construct articles of impeachment that can be proved?” he added.

Letitia James, a Crown Heights native, has garnered much support from members of the black community to run for governor next year.

“Today closes a sad chapter for all of New York, but it’s an important step towards justice,” James said of Cuomo’s resignation. “I thank Governor Cuomo for his contributions to our state. The ascension of our Lieutenant Governor, Kathy Hochul, will help New York enter a new day. We must continue to build on the progress already made and improve the lives of New Yorkers in every corner of the state. I know our state is in good hands with Lieutenant Governor Hochul at the helm, and I look forward to continuing to work with her.”

Cuomo’s third term has 16 months left. The only governor to serve more than three terms was Nelson Rockefeller. He won a fourth term in 1970 and resigned three years into the term and went on to work at the Commission on Critical Choices for Americans. One year later, he was appointed vice president of the United States by President Gerald Ford in 1974 upon the resignation of Richard Nixon.

Cuomo had announced he was planning to run for a fourth term as the attorney general’s probe was underway. (This has been known as the three-term curse.)

As he was exiting, Cuomo said Hochul is fit to serve as the next governor, calling her smart and competent.

“This transition must be seamless,” said Cuomo said. “She can come up to speed quickly. She is ready to serve.” Since 1994, Hochul, 62, has served in all levels of government as an elected official. Before being tapped in 2014 to be Cuomo’s second-in-command, she served as a town board member, county clerk and member of Congress.

“I agree with Governor Cuomo’s decision to step down,” Hochul said in a prepared statement. “It is the right thing to do and in the best interest of New Yorkers. As someone who has served at all levels of government and is next in the line of succession, I am prepared to lead as New York state’s 57th governor.”

Hochul also gets to choose her second-in-command, as was the case that was litigated in the courts in 2009 when David Paterson became governor upon the 2008 resignation of Eliot Spitzer amidst a prostitution scandal.

Hochul is married to William J. Hochul, Jr., a former United States attorney for the Western District of New York. They reside in Buffalo and have two children.

“Andrew Cuomo broke the law and criminal repercussions must follow, despite his no longer serving in public office,” said Congressman Lee Zeldin (R-Shirley, Suffolk County), the presumptive nominee for governor on the Republican and Conservative party lines. “From his deadly nursing home order and cover-up, to his $5.1 million self-congratulatory book deal and serial harassment and abuse of others, he’s been unfit to continue serving for a long period of time.

“Unfortunately for New Yorkers, we’re left with Cuomo’s lieutenant, who empowered this disgusting behavior while Andrew Cuomo cultivated this toxic culture, leaving a trail of victims in its wake. Kathy Hochul has been silent scandal after scandal, from fatal nursing home policies and cover-ups to rampant harassment, intimidation, bullying and abuse.

“In November of 2022, we must rid New York of the Cuomo-Hochul administration and its disgraceful legacy. Albany corruption is systemic, fundamental and real. One-party Democrat rule enables this type of malign behavior. It’s not just about Cuomo, it’s about those who continue to preserve the status quo and have failed to learn from the mistakes of the past. Voters in New York need to take back control of how we are governed and set the standards we want for those who are given the honor of serving us,” Zeldin said.

Westchester County Executive Rob Astorino, another Republican gubernatorial hopeful, said, “Andrew Cuomo’s legacy is 11 years of corruption and decline. The Albany insiders ignored the former, and everyday New Yorkers suffered the latter. Dead last among states in every positive category, under Cuomo we only led in high taxes and people fleeing the state. Good riddance. But as I’ve long said, Albany corruption preceded Cuomo and will succeed him unless we clean house. No more Albany insiders, and certainly no one tainted by the Cuomo stain. We have the chance to restore integrity into New York.”

The state Republican Chairman also weighed in on the Cuomo resignation.

“New Yorkers can breathe a collective sigh of relief that Andrew Cuomo will no longer be able to wield the immense power of the governor’s office to commit his corruption and abuse, but make no mistake, this resignation is simply an attempt to avoid real accountability for his numerous crimes,” said state GOP Chairman Nick Langworthy. “Thousands of lives have been destroyed by Andrew Cuomo and the legislature must continue to move forward with impeachment to ensure he can never run for office again.”

“Andrew Cuomo broke the law, lied about it, and shamelessly smeared the women who came forward,” said Senate Republican Leader Robert Ortt. “His resignation is welcome, but it stops short of the justice his victims and the people of New York deserve. The FBI, the attorney general and other proper authorities must also be allowed to continue their work investigating all of the possible crimes related to our state’s nursing homes crisis and the governor’s questionable book deal. The Legislature must examine the Cuomo administration’s many failings in public forums as soon as possible so that these abuses of power will never happen under another administration. We must also acknowledge the fact that the Democrats in the Legislature failed to hold Andrew Cuomo or his administration accountable, despite our repeated calls to do so.”

From the Assembly, where there are the fewest number of Republicans holding office, its leader was looking forward to brighter days under a Hochul administration.

“Stepping down was inevitable, overdue, and the only path forward for Andrew Cuomo,” said Assembly Republican Leader Will Barclay. “The scandals surrounding the governor’s office have generated one of the darkest periods in state history and it’s fortunate the governor finally came to the realization that his resignation is clearly in the best interest of New York. What’s next for Andrew Cuomo remains to be seen, with multiple investigations on a number of issues still active. However, as Lt. Gov. Kathy Hochul prepares to become the state’s first female governor, I hope that the transition of power is transparent, bipartisan and allows the state to get back to work, free of distractions, for its 20 million residents.”

Many Democrats were also rejoicing in the demise of the governor and had welcoming words for Hochul, with whom they hope they will all get along in a kumbaya period for roughly the next year and a half. 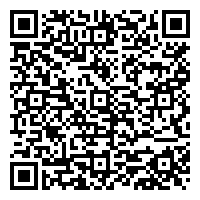