So-called “protesters” from the Black Lives Matter movement marched down Manhattan’s West 54th Street in Midtown on Friday night at around 9:15 pm near the New York Hilton, according to the NYPD.

The demonstration turned violent when an American flag was burned, and “protesters” refused the repeated orders by police to disperse. After one demonstrator was arrested on Sixth Avenue, a mob rushed the police officers, triggering a full-scale brawl.


A mob of about 100 “protesters” lit fires, threw ice and put stickers on vehicles, leading to 11 arrests during their so-called “protest” near Sixth Avenue and Broadway. They burned an American flag and a Blue Lives Matter flag in the process. Those who were arrested received desk appearance tickets on charges of disorderly conduct, obstructing government administration, unlawful assembly and assault, said an NYPD spokesperson.

Three police officers and a press photographer were injured in the melee.

Daily News photographer Sam Costanza, 72, was bashed in the head from behind by a rioter and knocked to the ground as he took photographs near West 55th Street and Sixth Avenue. The photographer was then kicked over and over again by some 10 to 15 rioters, police said. Costanza told the Daily News he believed he suffered a broken nose from the beating.

One police officer was bitten on the leg. His attacker, 19-year-old Manhattan resident Angel Rivera, was charged with assaulting a police officer, resisting arrest, obstructing governmental administration and unlawfully possessing noxious material. Rivera also kicked a second police officer. He was arraigned Saturday in Manhattan Criminal Court and released as well. In addition, an NYPD captain was struck with a bottle but said he was not seriously injured.

At least two NYPD vehicles were damaged as well.

Despite the repeated violence masquerading as demonstrations” perpetrated in New York City – and elsewhere across the major cities of the United States by the Black Lives Matter movement over the past 10 months, however — since none of the rioters has raised the issue of challenging the results of the 2020 election, this may be what now will pass for America’s definition of democracy in the Year 2021. 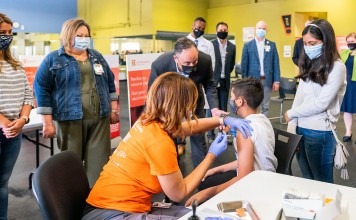 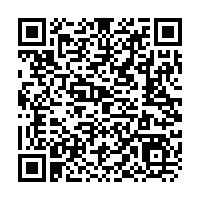